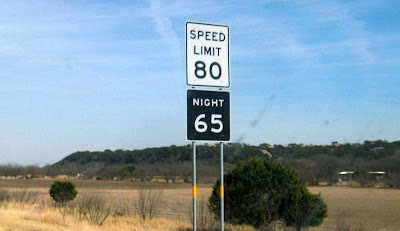 Well, maybe not THAT fast! I have never been to the Rio Grande Valley in the southern tip of Texas, so I thought it would be a good place to visit before the Bandera Dance Rally.

Interstate 10 across the Western part of Texas seemed to have more trucks than cars. 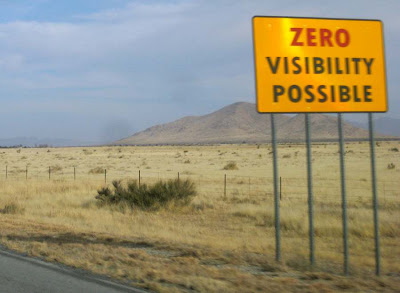 With lots of scary signs along the way. 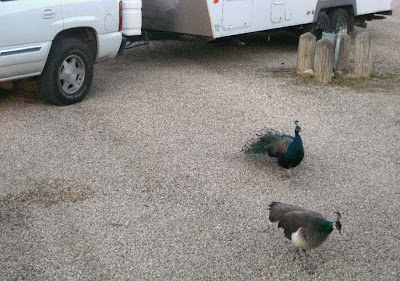 I stopped in Sonora, Texas to see the famous Caverns there. They have a nice campground there with a resident peacock and peahen. (OMG - I stayed in a campground! But keep in mind there is no public land in the state of Texas, except for National Parks.) 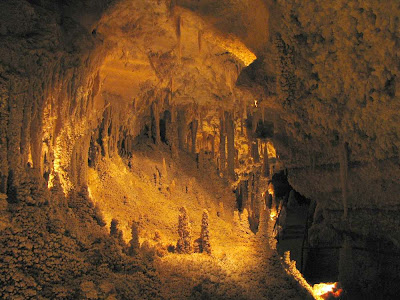 The tour is a little pricey - $20 -- but well worth it. Certainly the most beautiful I've ever seen, if not the biggest. 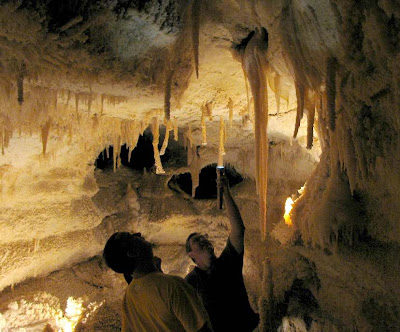 There are no huge rooms, as in Carlsbad, but the formations are amazing. Scott, our guide, used a flashlight to point out little intricacies. 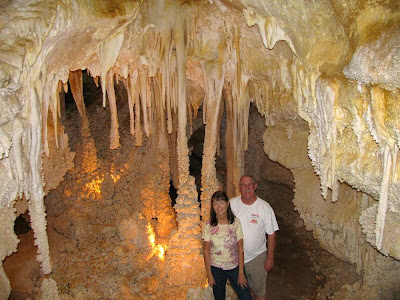 The paved trail led right through the formations. We walked almost 2 miles underground, through many different rooms and tunnels. 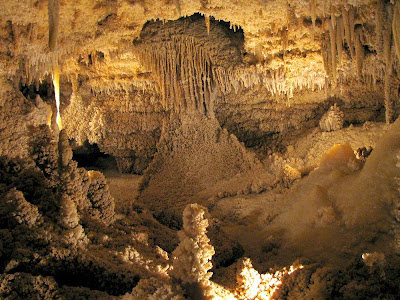 Lots of them are covered with what looks like popcorn. 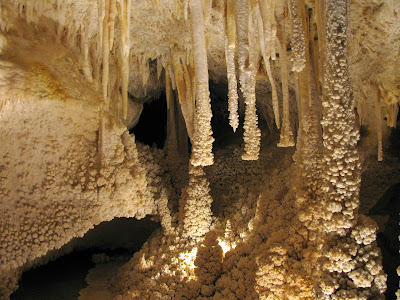 Even the stalagmites and stalactites were covered in "popcorn." 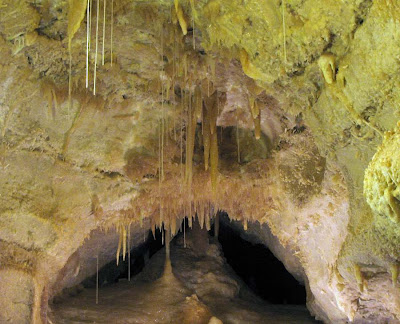 Several places had tiny "soda straws" hanging from the ceiling. I had never seen anything like that before, and I've been to several of the most popular and well-known caves.
Posted by Diana at 4:32 PM