The Circus and the Beach 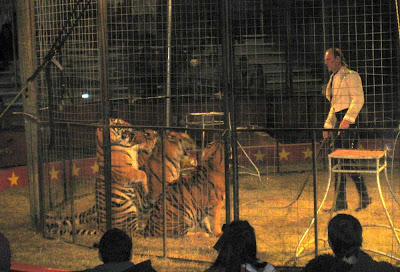 I'm a real sucker for circuses. There was a small traveling one, the Kelly Miller Circus, on the way down to the Rio Grande Valley. 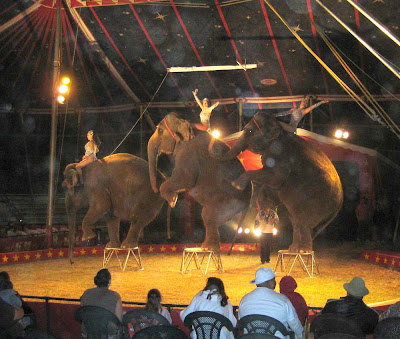 The elephants were pretty good.

But what I liked most was the fact that the performers tried new things, and didn't care if they made it or not. And the audience didn't either. This guy attempted a triple somersault on the trapeze. (I don't know why this looks black, but click on the arrow to see the video.) 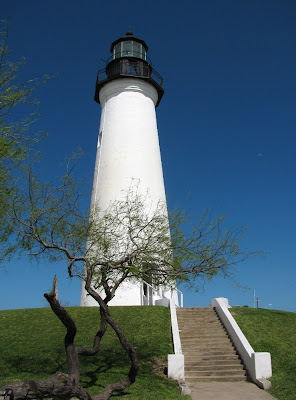 I finally made it to "the Valley," and the first thing I wanted to do was go see South Padre Island. The Port Isabel Lighthouse operated from 1853-1905. 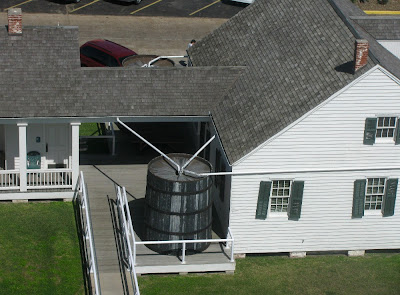 The lighthouse keeper's cottage had an interesting water system. 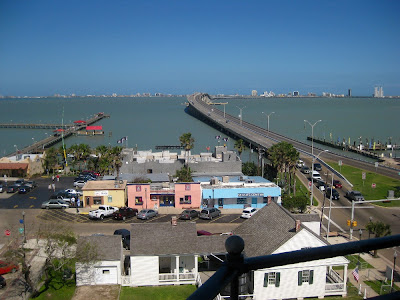 I climbed to the top of the lighthouse, where I got a glimpse of the island in the distance. Not what I was expecting, I thought it would be bare beach with RVs parked on it. 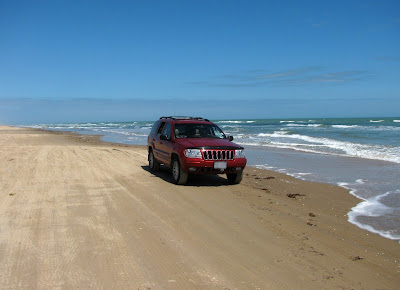 You can still drive your car and take your RV on the beach, but the price has gone up so much that I only saw a few. 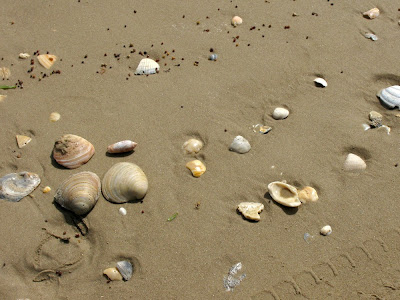 I was amazed by all the shells on the beach. 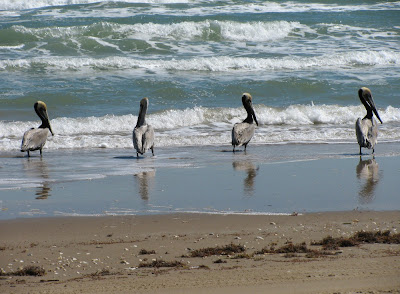 And the pelicans were really cute.
Posted by Diana at 2:31 PM