Down in the Valley


I just finished spending 3 great weeks in the Rio Grande Valley of Texas. In 10 years of RVing, I had never been here. I went to lots of dances, at different RV Parks with huge dance floors and live bands. This is what the valley is most know for. This was my favorite, at the "Tip of Texas." 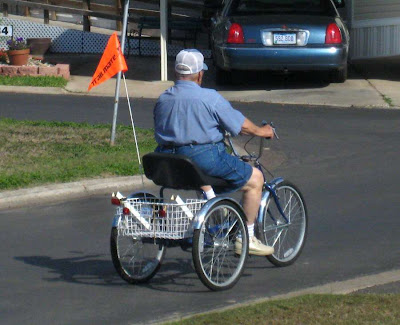 I was curious as to how "The Valley" differed from the Yuma area, where I usually spend my winters. For one thing, the Winter Texans seem a little older than what I'm used to, but I had a great time, and everyone was really nice.

In addition to the dances, I also went to a few shows. The best show one was Tupelo and Janey Kenyon, known as "Laughing Bird." Tupelo played a 12-string guitar by picking, rather than strumming. Janey had a great voice and played a variety of percussion instruments. She played a mouth bow in this unusual version of "Dueling Banjos," a favorite of mine.

If you're my age, you probably watched Sesame Street with your kids and may remember Buffy Sainte-Marie playing a rather simple mouth bow on the show, with a little help from Fred the Wonder Horse. (Sorry, I just couldn't resist putting this in.)

Laughing Bird had quite an entertaining show. She sang a beautiful rendition of Patsy Cline's "She's Got You," pulling not only the picture, the record, and the class ring from her bodice, but also lots of other stuff, including a fishing pole! 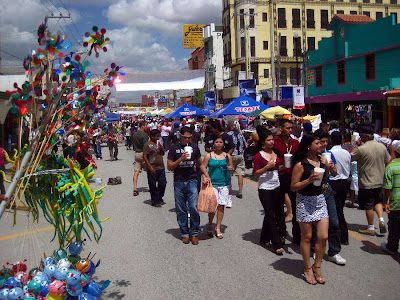 We went back to Neuvo Progreso, Mexico, for their annual Tourist Day. It was a real zoo. 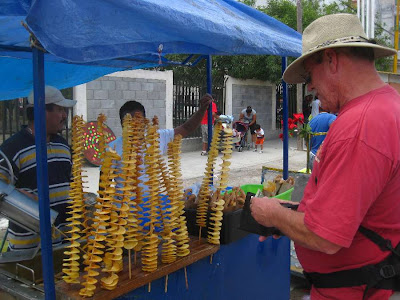 I thought these potato chips were really unusual. 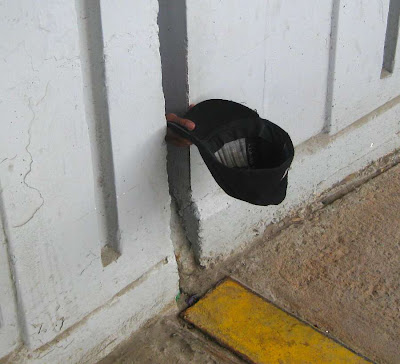 Crossing back over the bridge to the US, hats held by hands were begging from under the bridge. So sad.
Posted by Diana at 7:05 PM