Wow! What a Fun Town! 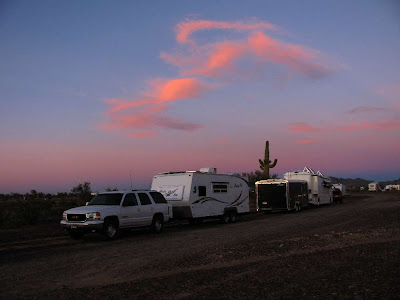 After the Escapee Solos rally was over, I moved across the street to where the WINs were gathering. 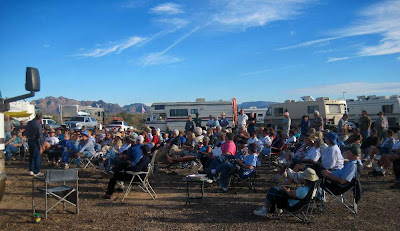 We have over 150 people at our gathering so far. Here's Randy addressing the group at "Circle," our afternoon get-together. (Remember him?) 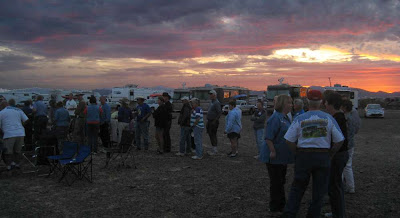 One evening we had a potato bake. I know it looks like all I do is eat! 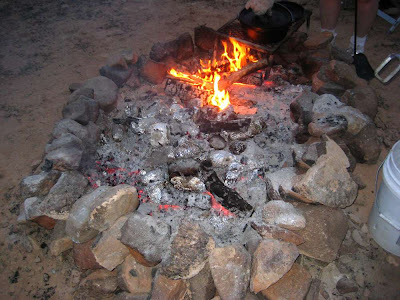 A couple hundred potatoes were baked in a big campfire. 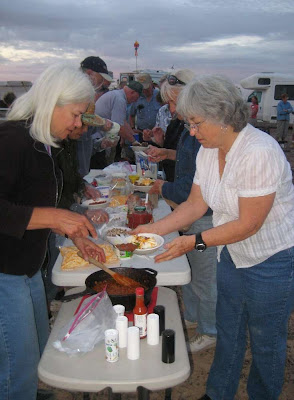 And we had all kinds of toppings. 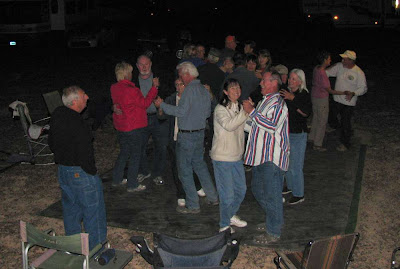 A fellow blogger described Quartzsite as "Spring Break for Seniors." I can't think of a better description! A couple of the WINs invented our own dance floor, by first removing every single rock, then covering the area with sifted sand, and finally securing a tarp over the whole thing. I really didn't think it would hold up, but so far it's survived a week of pretty serious dancing! 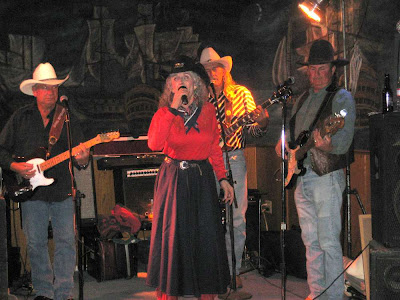 The Quartzsite Yacht Club is a fun place to dance, with a terrific band. Our friend Millie, from Moab, sang a couple songs with the band. If you join the club here, you can actually get reciprical benefits at many other yacht clubs. A lot of people do that even though there is no water or yachts anywhere in town.

A young woman played a tub along with the band for a song or two. She was really enthusiastic. 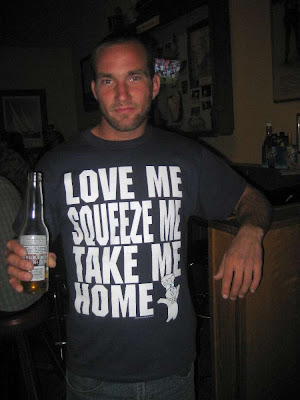 I'm a sucker for cute guys wearing interesting t-shirts, but I digress....

Last night we went back to the Senior Center for a dance. Once again we had a great surprise. A young brother and sister, Frederick and Katherine King, from Zimbabwe, entertained us all evening. They are champion ballroom dancers, and here we cleared the floor so they could do the jive.

I talked to their mother, who is here selling African carvings in town. She told me the whole amazing story, but it was really hard to hear her. What I got was that they entered a dancing contest, unbeknownst to her, and won every single event. The prize for each event was $1 billion! But that was Zimbabwe dollars, and a billion dollars was worth only $20 US.
Posted by Diana at 8:37 PM