Eating and Dancing in Quartzsite 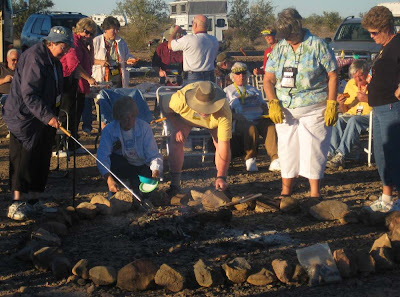 On Tuesday, I moved to the north side of Quartzsite, 2 miles out Plomosa Road, to join up with the Escapees Solos. This is a group that I haven't done much with, so I thought I would check them out. The first night we had a hot dog roast. 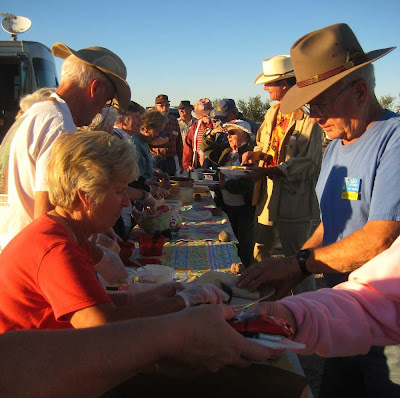 We had tacos another night. 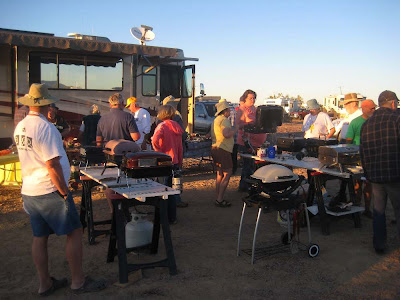 Then a burn-your-own/potluck another night. Wow! I'm going to gain some weight if I stay here too long...... 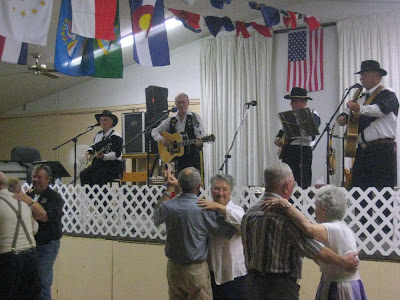 On Friday night, I went dancing at the Senior Center. I wasn't expecting much, but I was pleasantly surprised. Apparently, a semi-famous songwriter/entertainer named Jay Bonham (second from left) was passing through town and appeared with his brother's group, The Travelers, who are the regular band there. He had a great voice, and a lot of fans in the crowd. 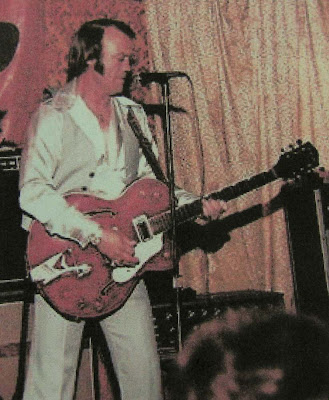 This is how he looked in the old days when he was a member of the group "The Night Train." 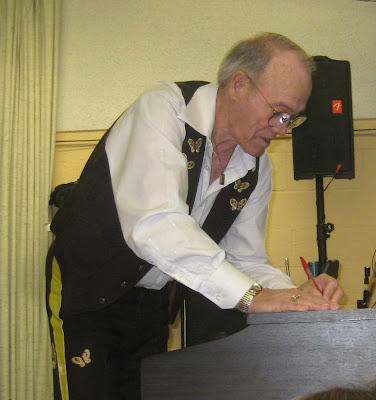 I was so impressed I got his autograph.

He said he wrote 4 Number One hits, including this one, the Bobby Darin hit, "Dream Lover."

And this one, the 1961 Gene McDaniels hit, "A Hundred Pounds of Clay."

Unfortunately, I am a real Doubting Thomas. So before I did this post, I looked these songs up on the Internet. And if you look at my links, you will see he didn't write them at all, unless he wrote them and someone else took the credit. Hmmmmm..... Oh well, at least he had a great voice and I had a wonderful time.
Posted by Diana at 11:57 AM