Over the River and Through the Woods 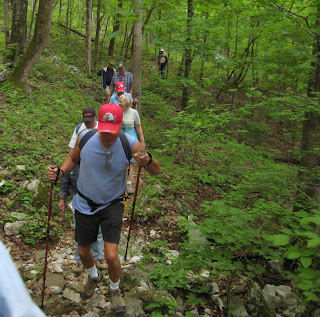 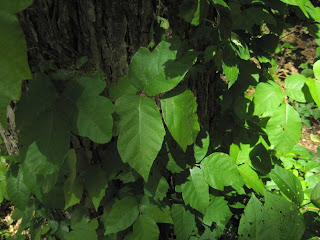 It required constant vigilance to avoid the poison ivy that bordered the trail. 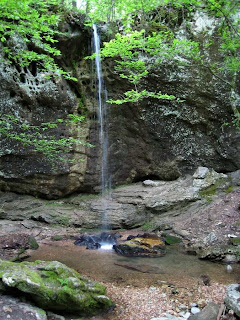 The WINs hike the same way they kayak -- FAST! I can walk pretty fast, but I like to stop and take pictures. I was lucky to get one of a beautiful waterfall. 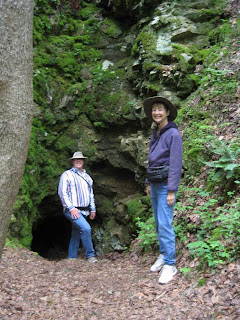 One of the many "teaser caves" we found along the way. This was a test mine from the 1880s when miners searched for zinc deposits. No zinc was found here. 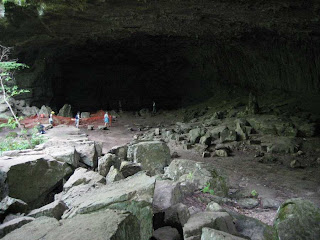 Finally, the real deal, the Indian Rockhouse Cave. There are no ruins here, but it's a gigantic cave with its own stream running through it. 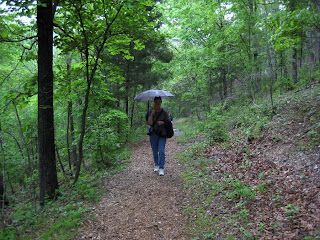 Coming back, rain started when we were about a quarter mile from the trail head. I was the only one who brought an umbrella along. 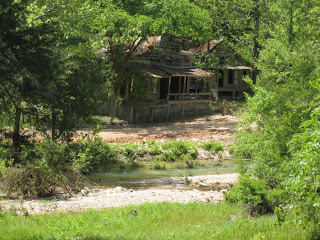 Another day we drove to the nearby ghost town of Rush, where zinc mines flourished in the 1890s. During World War I, most of the zinc produced was used to aid in the war effort. Production declined after the war. 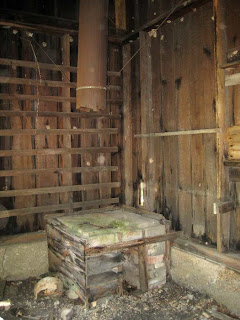