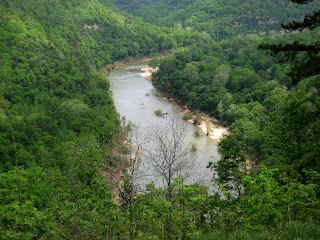 The WINs moved on to Buffalo Point Campground, 14 miles south of Yellville, Arkansas. The Buffalo River was named a national river in 1972 to preserve it as a free-flowing stream. 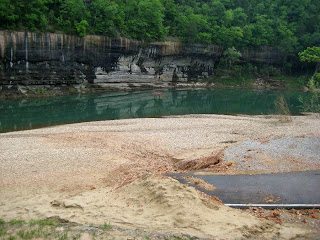 I guess it was a little too free-flowing recently, when floods destroyed this boat ramp. But there are many more entrances to the river, and the kayakers were anxious to get on the river. 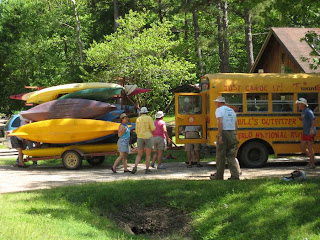 Transporting the menagerie of kayaks and their paddlers usually involves some complicated shuttling, but local outfitter Wild Bill offered us some great deals on rides. 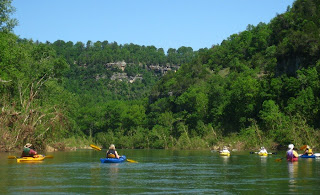 Much of the river is bordered by beautiful high river bluffs, consisting of sandstone, limestone, and dolomite. 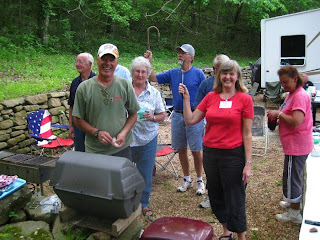 The first night there we had a "burn your own," bringing our own meat and sharing side dishes. 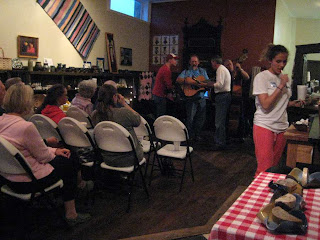 One night we went to Yellville for "Music on the Square," but it was moved inside because rain was forecast. Then it was cancelled and we were directed to the basement of the courthouse because of a tornado watch. We drove home instead through some wicked rain. 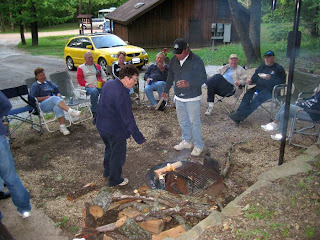 Another night, Joanne provided the makings for s'mores. The WINs are always up for eating. 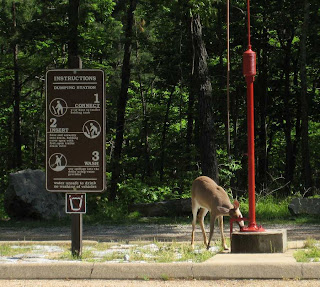 There was no phone signal in the campground, but if you went up the hill to the RV dump, you could get a signal. So the dump was a popular place. This deer obviously didn't see the sign that the water was not safe to drink.
Posted by Diana at 8:30 PM