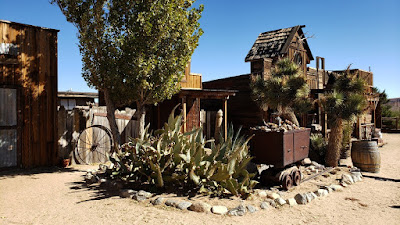 While parked in Yucca Valley, we took a couple trips out to Pioneertown, only a few miles away. It was built back in the 1940s as a movie set. Hundreds of Westerns and early TV shows were filmed here. 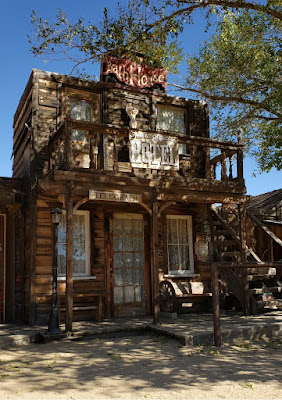 The Bath House is my favorite building. 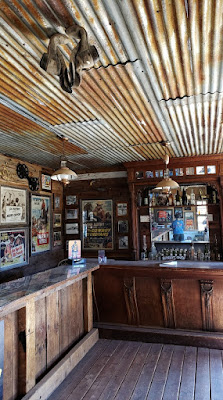 Our first trip was on a weekday, when it's pretty quiet there. Even the bar was empty... 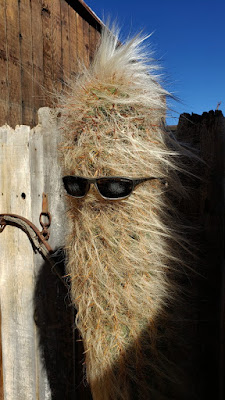 And this cool hippy cactus was just chillin'... 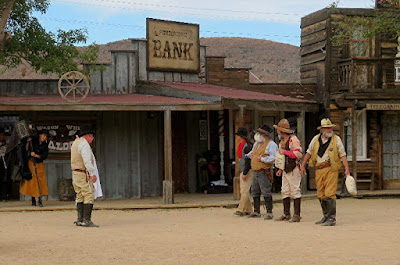 But we went back again on the weekend, when there's lots going on - 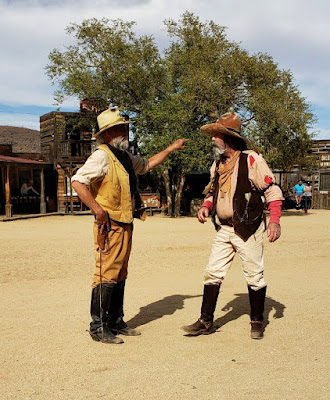 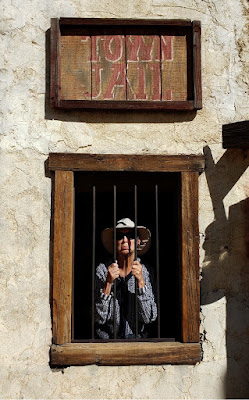 Wait! This isn't fair! Why was I the one to end up in jail??? Fortunately, my friends got me out. 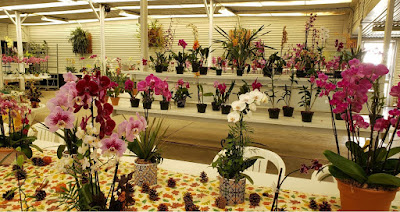 So the next day we took a trip out to the little town of Landers. We started out with a tour of Gubler Orchids. 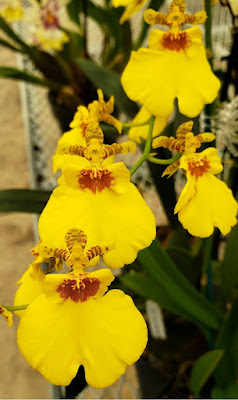 This was my favorite. The blossom looks like a woman with a big gown on. 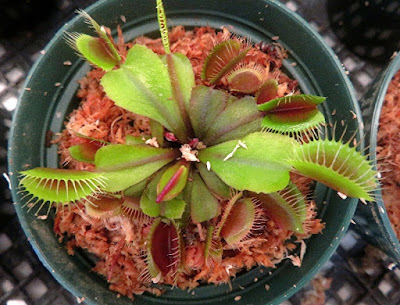 They also had lots of Venus Fly Traps. Last time I was here, I bought one. They're fun to play around with. 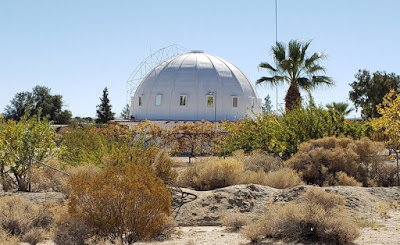 We also went by the Integratron, but it was closed. It was built in 1959 following directions provided by visitors from the planet Venus. At least that's what the builder claimed... 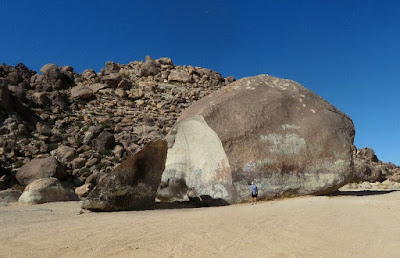 The highlight of the day was a stop to see the world's largest freestanding boulder. A piece broke off in 2000, so it may not still be the largest, but it's still pretty incredible.

Lots to see in the area besides Joshua Tree National Park!