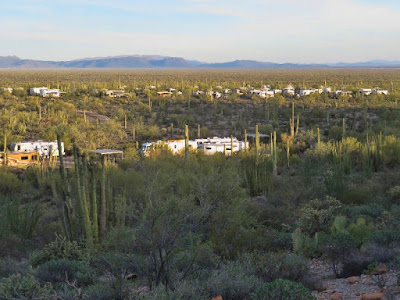 After Quartzsite and a short stop at Gila Bend, I moved on to Organ Pipe Cactus National Monument and stayed at their campground with a lot of other WINs. I think we filled them up and then some. I was in the overflow area in the foreground. 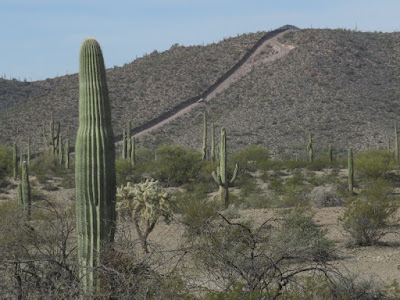 We went on a couple beautiful drives. The first was South Puerto Blanco Drive, which goes near the Mexican border. This road was closed for many years because of drug smuggling activity, but is finally open again. 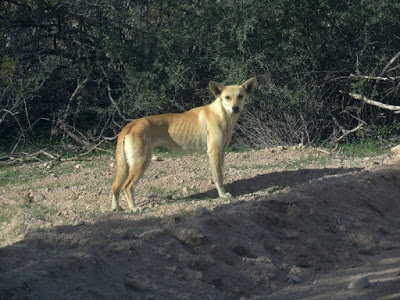 This cute little Mexican dog snuck in under the fence. I hope he finds a good home. 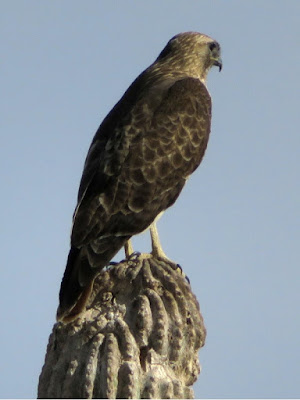 We also saw this hawk and several vultures along the way. 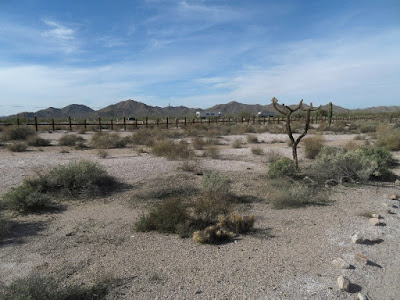 We finally got to our destination, Quitobaquito Spring. 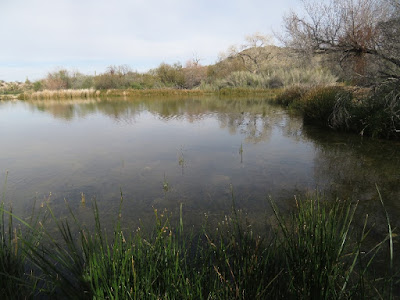 We were expecting to see lots of birds, but they must have heard we were coming... 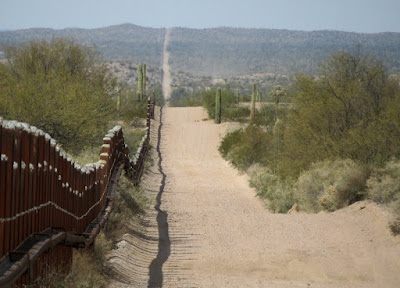 A view along the fence. 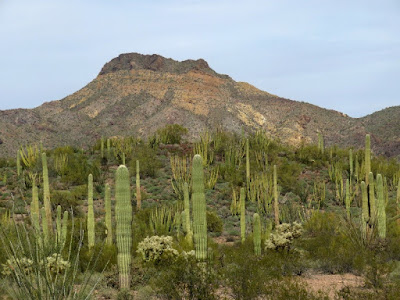 We also did a drive on the Ajo Mountain Drive loop. 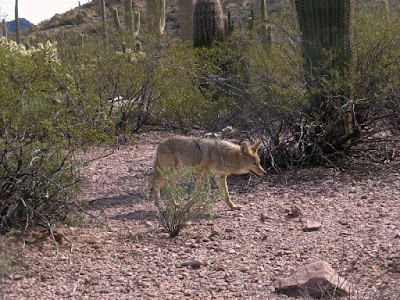 The only wildlife we saw was this rather healthy-looking coyote. 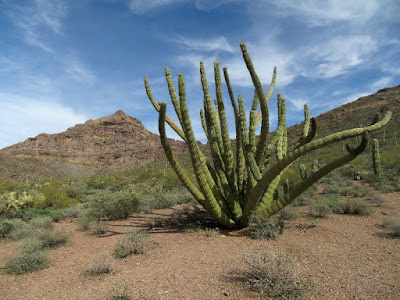 This is rumored to be the largest organ pipe cactus in the park. 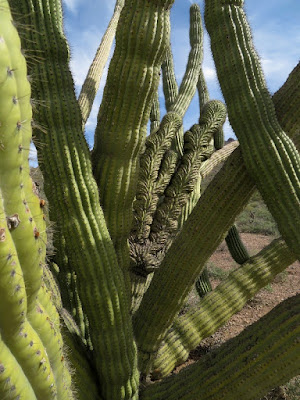 And it has an anomaly known as a Crestate. 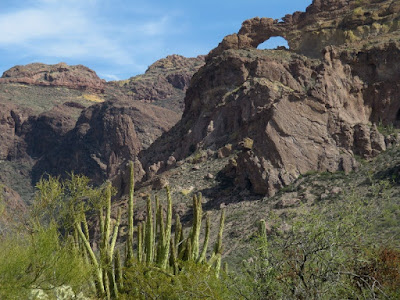 In Arch Canyon are the 2 biggest arches in the park. 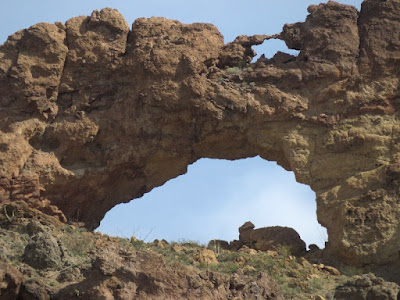 The top one looks pretty fragile!

Next - on to Puerto Penasco in Mexico. In all my RVing years, I have never stayed there!