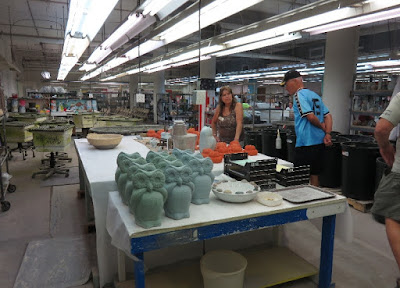 From our base in Rock Island, we experienced lots of things in the Quad City area (Rock Island and Moline, IL and Davenport and Bettendorf, IA.) One of the first things we saw was the Isabel Bloom sculpture production studio. 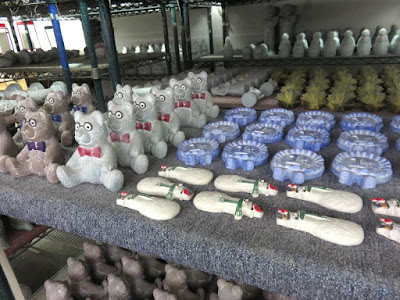 Although Isabel Bloom passed away in 2001, her sculptures are recreated by casting a mold and reproducing them in concrete. The larger ones are very popular in gardens. 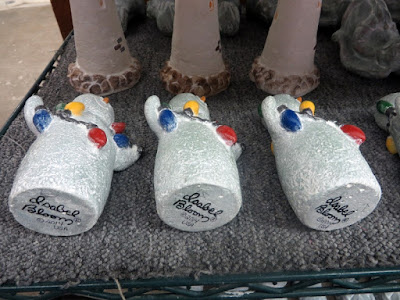 And each one is signed with her "autograph" -

Under careful instructions that are on the wall. 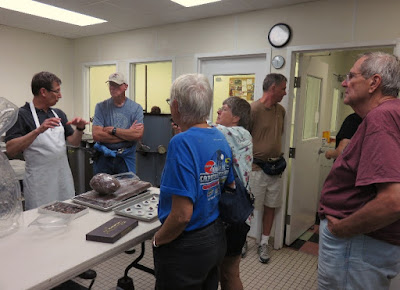 After the tour we went to Lagomarcino's Confectionary for lunch, and ended up with a tour there also! 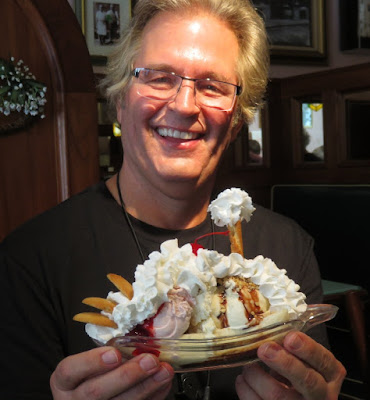 This is the Quad City Special, made to look like a Mississippi riverboat with a paddlewheel. 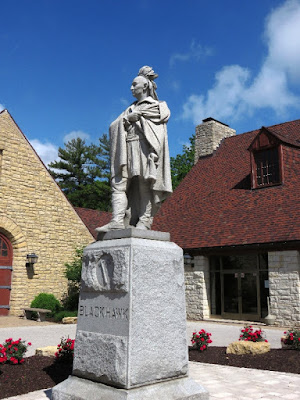 We also went to the Black Hawk Nature Preserve. 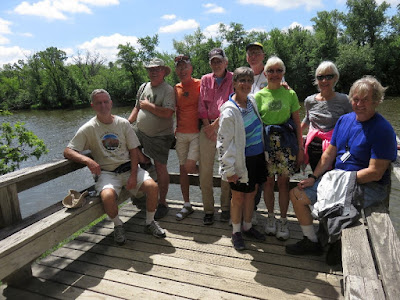 It was a tad too muddy to do much hiking, but we did wander down a nature trail by the river. 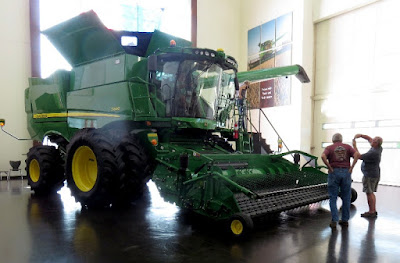 But of course the big thing in Moline is the John Deere combine factory. The little guy is the S690 and retails for a paltry $547,000. 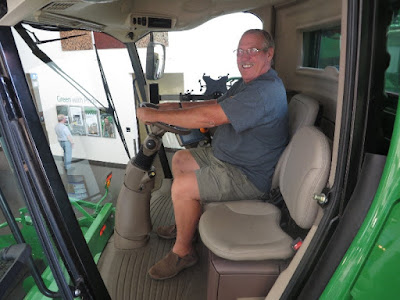 It includes a GPS system that guides it through the field during harvesting. 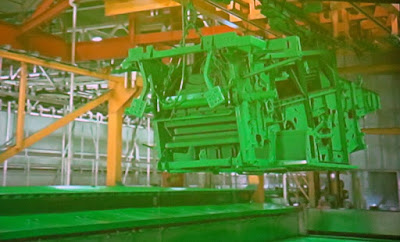 We went on a factory tour, but no pictures were allowed. Let's just say we saw a lot of green paint. (This picture was taken of the movie they showed us.) We also toured the Deere-Wiman house, built by John Deere's son in 1872. 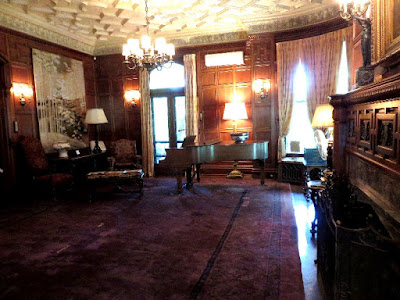 It served as home to four generations of Deere descendants. 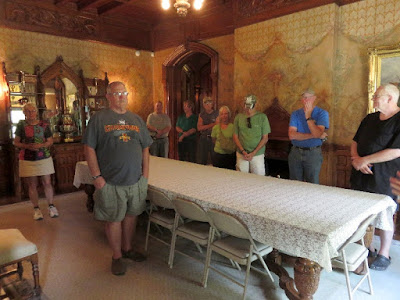 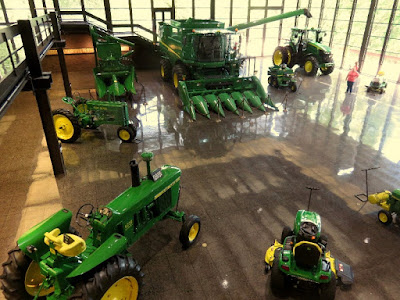 We also visited the World Headquarters of Deere and Company. 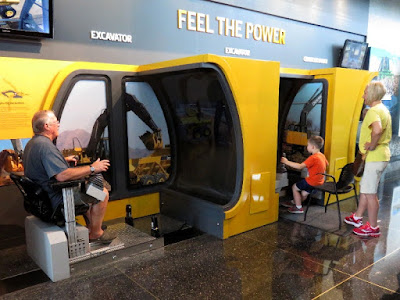 And went to the Deere Pavilion, where "kids" get to drive the Deere products on an animated system.