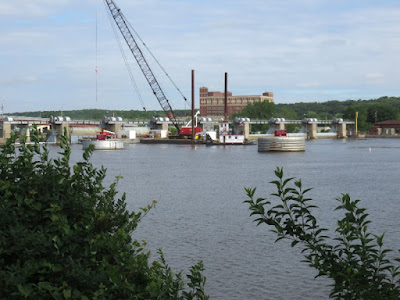 From Rock Island, we moved on to Ottawa, IL, where we stayed at Illini State Park. I had a lovely view from my site of the Illinois River, and one of the Locks and Dams on this river. These locks and dams allow barges to go from Lake Michigan to the Mississippi River, where they can continue down to the Gulf of Mexico. 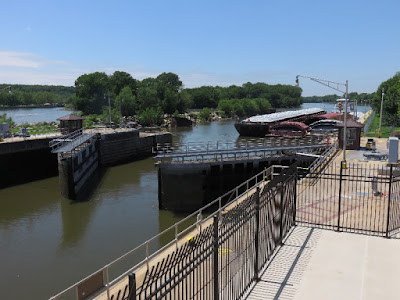 The locks are just like the ones on the Mississippi River that we saw at our last stop. 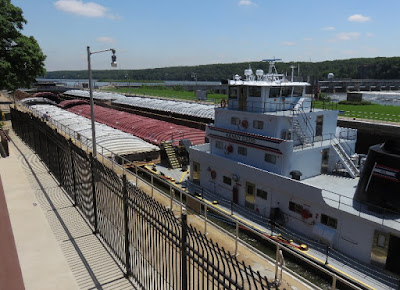 If the tow has more that 6 barges, it must disconnect and go through in 2 steps. 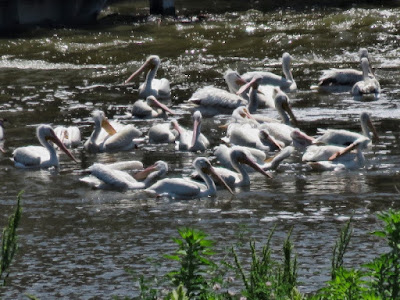 The pelicans love to fish near the dam. 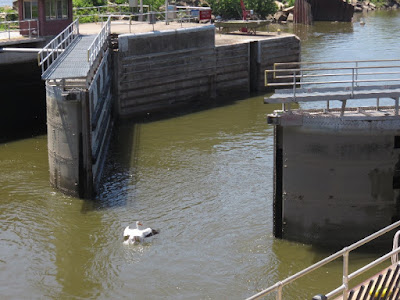 This one was in the lock when the gate was closing, and freaked out. He made it out in time, although he could have just flown out the top. 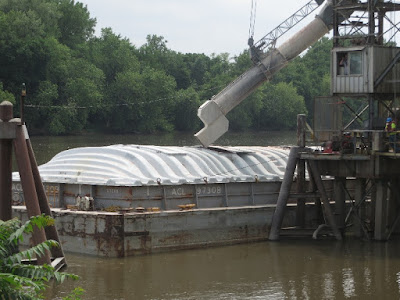 We also got to see how they fill the barges with grain. 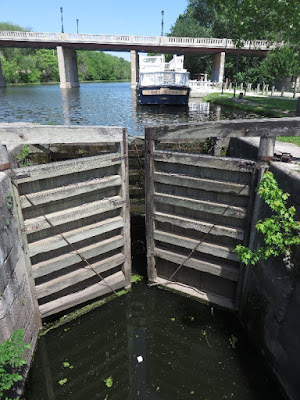 But before this lock and dam system was built in the 1930s, there was the smaller system of rivers, lakes and canals called the Illinois and Michigan Canal that served the same purpose. 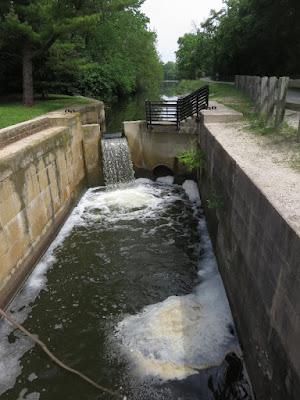 Built between 1836 and 1848, the canal helped transform Illinois from a sparsely settled wilderness to a prosperous, populous state. 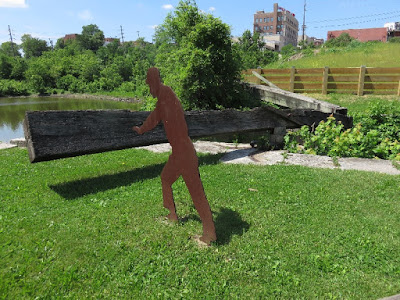 It was operated by manpower, with horses and mules towing the canal boats. 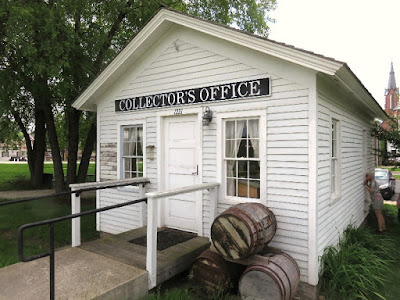 The toll house is still standing. 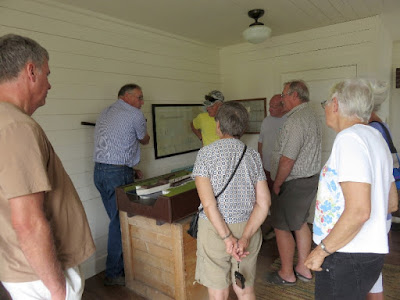 We happened to be there when it was open, and got a nice tour. 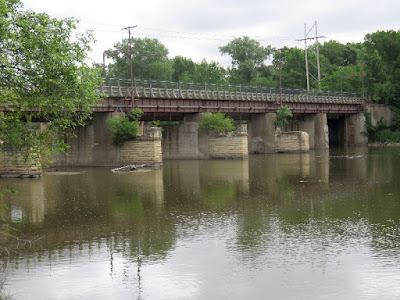 Aqueducts were used in some places to provide a flow of water for the canal. They are now part of a bike path. 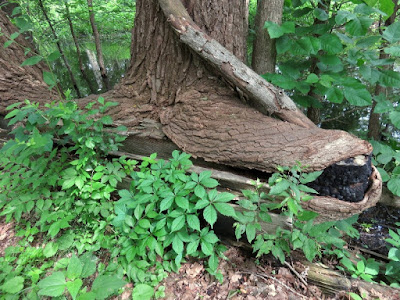 Here the trees were growing around the wood that originally formed the aqueduct.