Getting Sprayed by a Tiger


Well, I never thought I would have that for a post title! But let me start at the beginning... 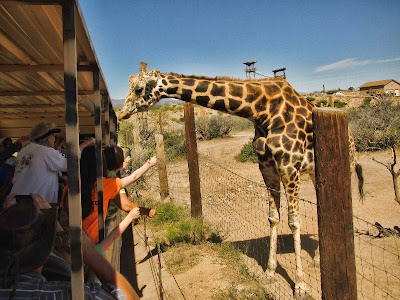 The WINs took an outing to Out of Africa, an animal park in Camp Verde, AZ. This place is a little different from your average zoo. Most of the animals have been rescued in one way or another, and are pretty used to people. They also have a lot of space. 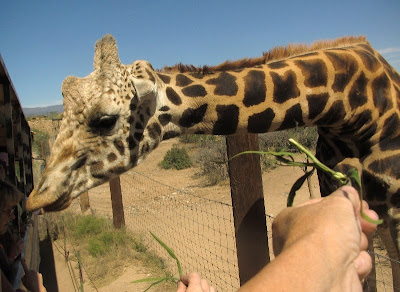 We started off on a safari tour through the large area that you can't walk through. We were each given a piece of green stuff to feed to one of the giraffes. He politely worked his way down the side of the vehicle. 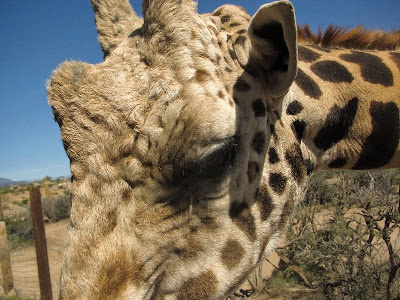 Finally it was my turn. WOW! 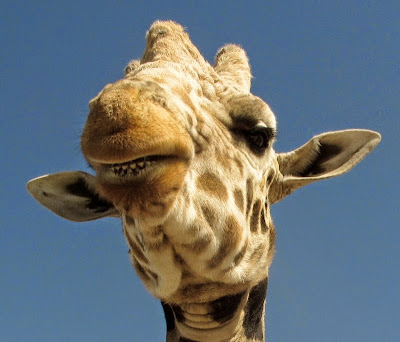 I think he liked it! 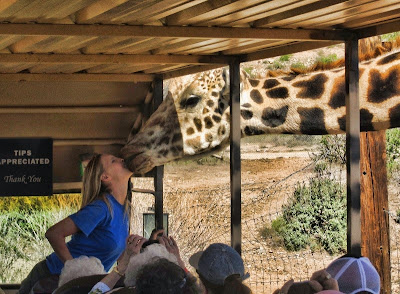 After he gave our tour guide a kiss, we moved on. At least he didn't use his 20-inch long tongue... 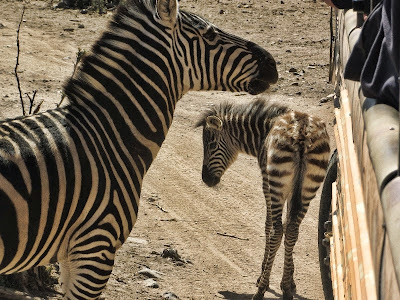 There were lots of other animals in the same large enclosure, and they get along well together. There were two baby zebras. Did you know babies are brown and white instead of black and white? 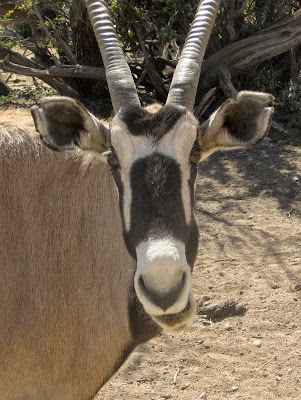 The Oryx looks like he has a butterfly on his face. 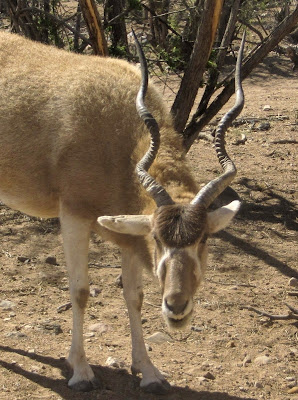 This guy needs a better toupee. 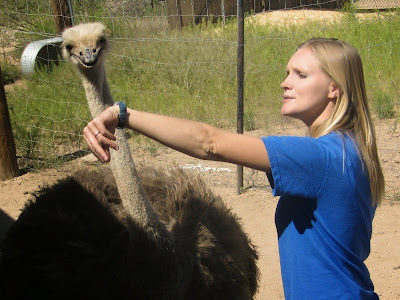 Here our guide is showing us that an ostrich will eat anything, by offering up her watch. She deserves a big tip! 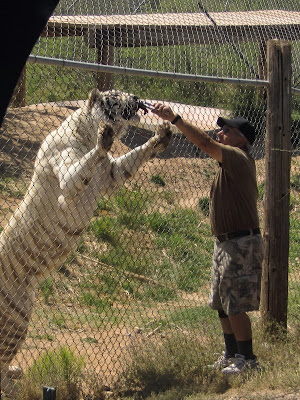 After our safari, we went on a tram tour through the part of the park where you can walk, while our guide fed some of the animals, including this White Tiger - 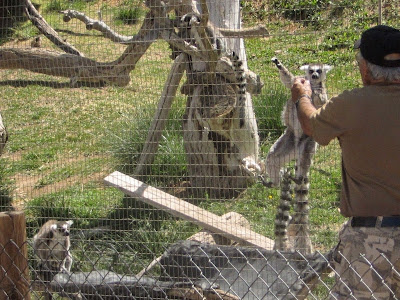 And these cute little Lemurs. 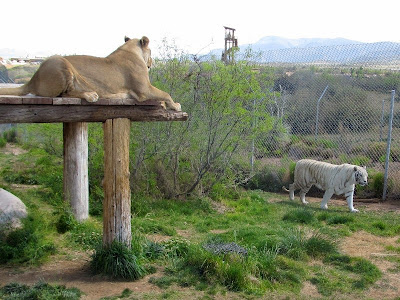 Some of the animals are paired as they never would be in the wild. This lioness was raised with this white tiger, and they are the best of friends. 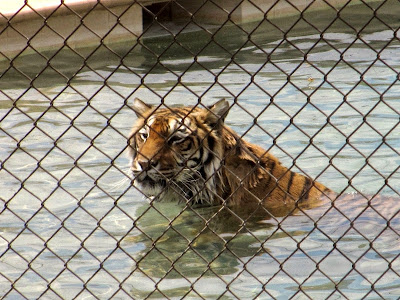 The Tiger Splash show is the best of the shows. The tiger got in the water as soon as he got there - it was a hot day.

But the goal of the show is to get the tiger to play and make a big splash in the pool. Unfortunately, he was already cooled off, and more interested in just playing. 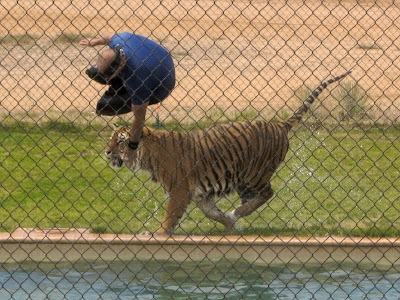 They did everything they could to get to tiger to chase them into the pool, and it finally worked at the end when they brought out his favorite toy - a size 13 men's shoe. Unfortunately, I didn't get a picture of that.

Now for the highlight! After the show we walked around, and I got to walking with this friendly tiger....


Phil was behind me, when all of a sudden, the tiger turned, and LOOK OUT!!! Phil got sprayed! 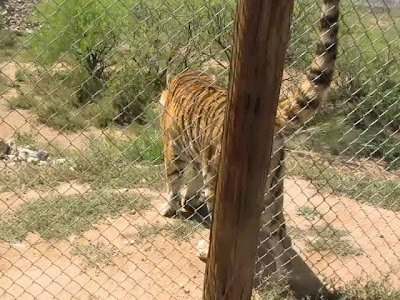 In case you missed it, here's a still shot from the movie.