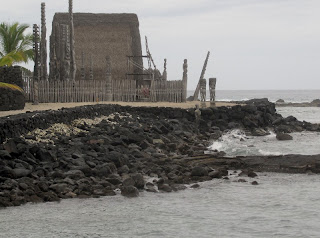 Just south of Kona is one of the coolest places on the island - Pu'uhonua o Honaunau, or Place of Refuge. It was used for centuries as a sanctuary for those who had violated a kapu, or sacred rule. 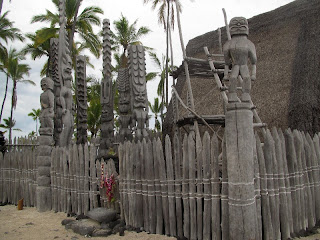 Many wooden images stand guard around the grounds. 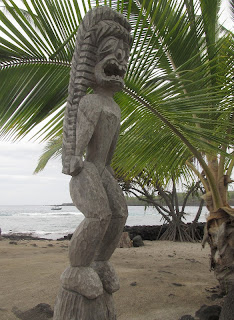 The do look pretty scary! 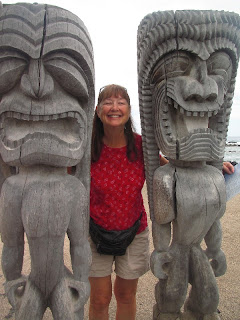 I tried to teach them to smile, but it didn't work. 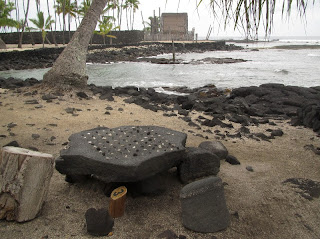 The refugees amused themselves by playing a Hawaiian form of checkers. 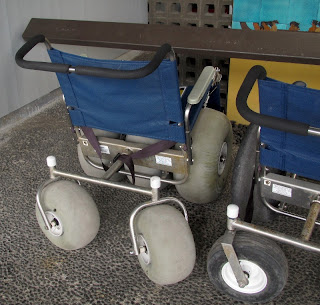 To get around here over sand and lava in a wheelchair, you need some pretty serious wheels! 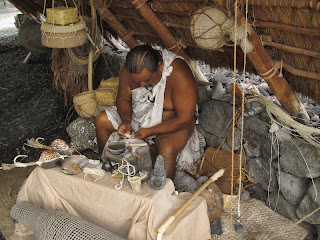 They had a native craftsman working here. I questioned whether he had any pants on, but was too chicken to find out for sure. 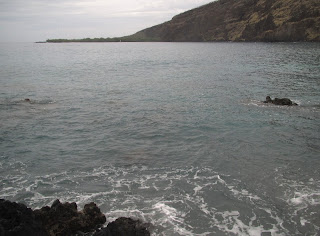 Another stop south of Kona was Kealakekua Bay. This is a great snorkeling spot if you come on a tour boat, but not from the land. 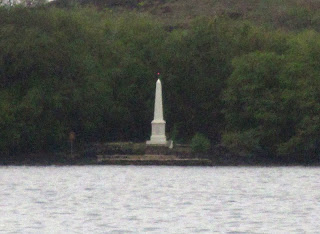 On the far side of the bay, if I really zoom in, you can see the Captain Cook Monument. This is where he was killed, after he returned to fix his broken boat. 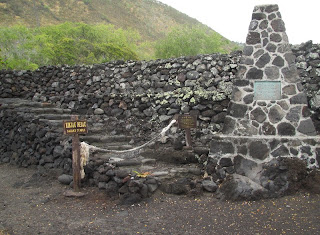 There is also a sacred temple here. 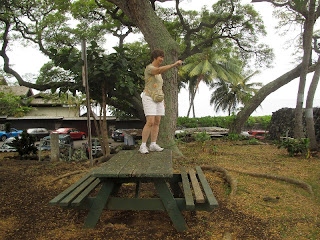 Since you aren't allowed to climb on it, we had to be pretty inventive to get a shot. 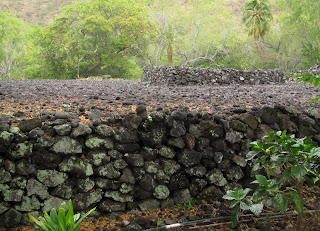 I was expecting something like the ruins in the southwest, but it just looked like a pile of rocks to me. Not too exciting, but I have something really exciting in mind for the next post. Stay tuned!