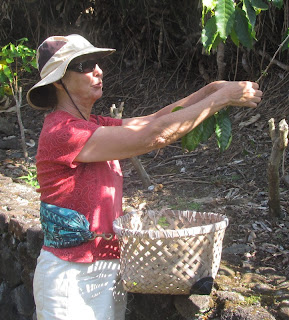 I had read that the coffee trees were blooming this time of year in Kona, so we visited a coffee plantation. I didn't know I was going to have to WORK, and pick some coffee beans! 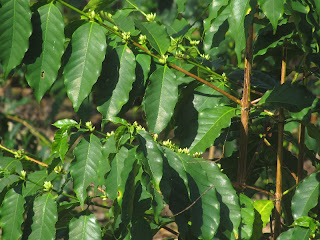 They were indeed blooming, but somewhat less spectacularly than I had hoped. 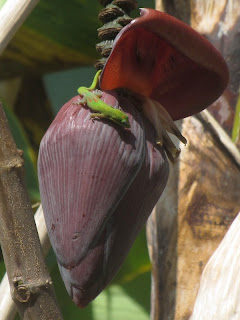 They had some other interesting plants around. This is the gigantic bloom of the banana tree. And of course, I had to listen to another spiel by another insurance salesman... 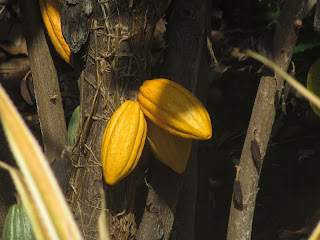 This one was very appealing - a cocoa bean pod! And we got to taste the beans inside, which really did taste like chocolate. 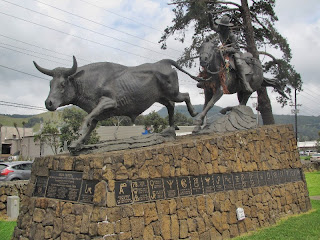 North of Kona is the cowboy town of Waimea. Who knew!!! This is a statue of Ikua Purdy, a native Hawaiian cowboy who was the 1908 World Steer Roping Champion at the Cheyenne Frontier Days. 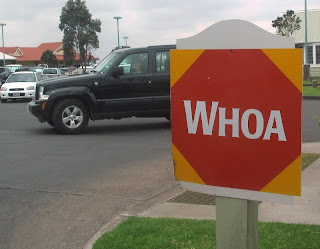 Did I mention I love cowboys?

The Visitors Center for the Parker Ranch had some great murals. The ranch is among the nation's largest cattle ranches. 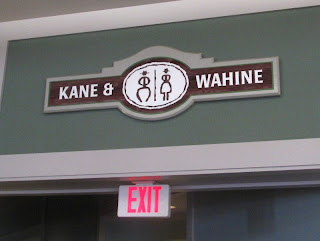 There were cute signs to the restrooms. 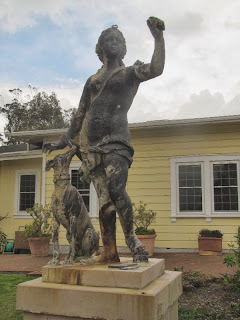 Nearby we found a statue of the Diana, the goddess of the hunt. She seems to forgotten most of her clothes. 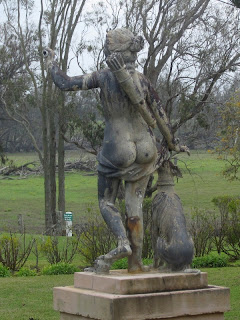 The back wasn't any better. 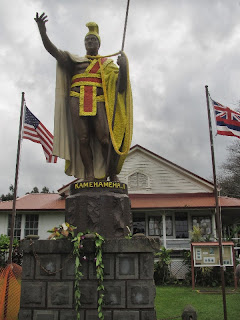 There are several statues of King Kamehameha the Great on the islands, but this one is the original, and has the best story. It was created in Italy in 1878 and bronzed in Paris, but lost at sea when the ship sank on the way to Hawaii. It was later miraculously found after another statue was ordered. 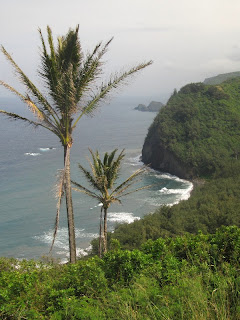 We then made our way to the Pololu Valley overlook, on the Northern tip of the island. 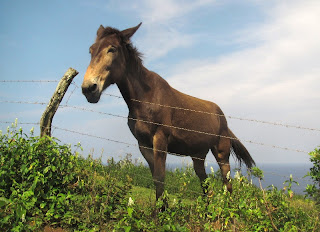 Friendly critters were there.