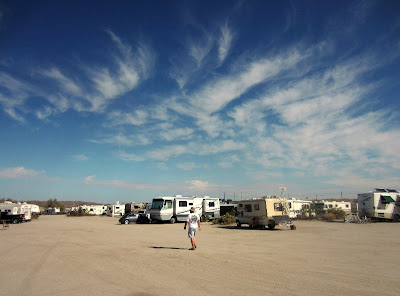 Back to the BLM land behind the VFW in Yuma, so Phil could get some dental work done in Mexico. I figured out that I've spent over 6 months in this place in the 13 years that I've been fulltiming. Pretty pathetic, huh?

In spite of that, I still managed to find a couple things to see that I had not seen before. 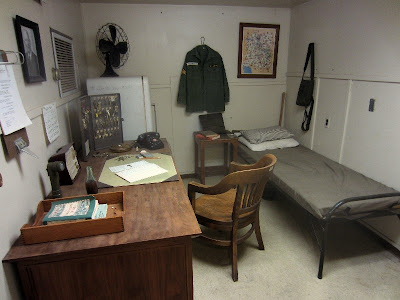 Last year the WINs went up to the Yuma Proving Grounds to see their museum, but it was closed. So Phil, Sally, and I headed up there to see it. During World War II, Gen. Patton used this unique sandy area to train troops to fight in North Africa. 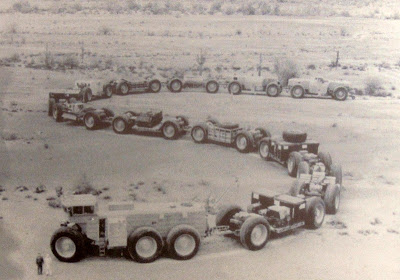 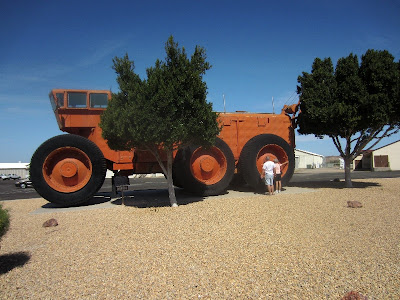 The 565-foot long "train" was pulled by this monster engine. 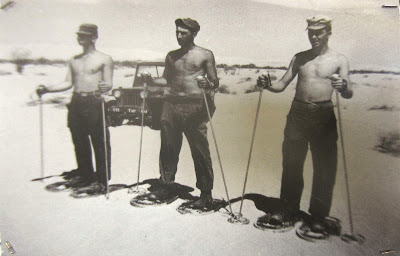 In order to maneuver over the sand, troops wore these snow-shoe type things. 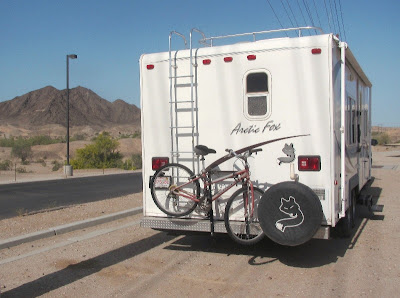 We then moved over to the "Q" Casino, only 2 miles from Algodones, Mexico, so Phil could get his furniture reupholstered there. (More on this later...) 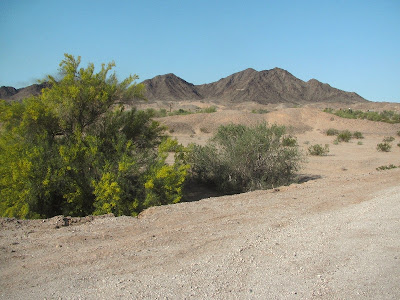 There's a beautiful view, and it's much quieter than the VFW. Notice the palo verde trees are starting to bloom. Must be time to get out of town... 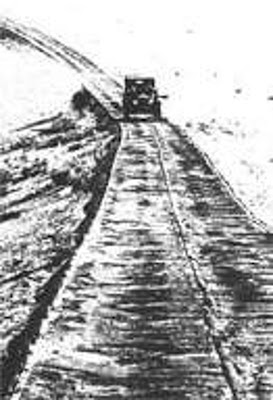 We're very close to the Algodones sand dunes, which presented a real challenge to early motorists. 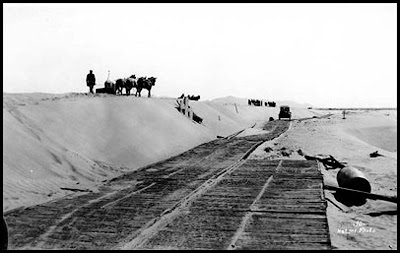 This "Plank Road", 7-miles long, was created to cross the treacherous dunes. Twelve foot sections were moved by horses whenever the dunes shifted. Turnouts (shown here) were provided every quarter mile so cars could pass each other. 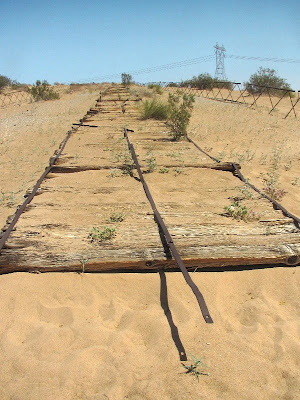 Believe it or not, a portion of the road is still visible. More info and directions to this amazing spot are here.

The dunes were also used in the filming of "Return of the Jedi." Photos and the whole story are here. 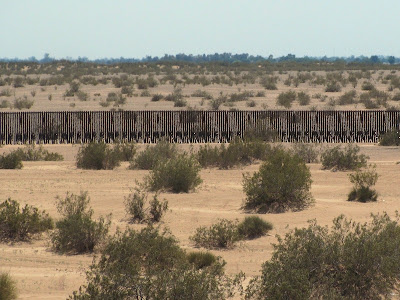 And we couldn't get much closer to Mexico!
Posted by Diana at 7:24 PM