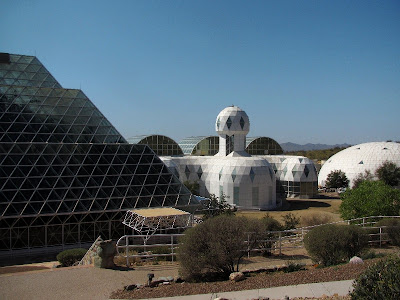 Biosphere 2 near Tucson was a grand experiment in the early 90s. It is called Biosphere 2 because the earth is Biosphere 1. 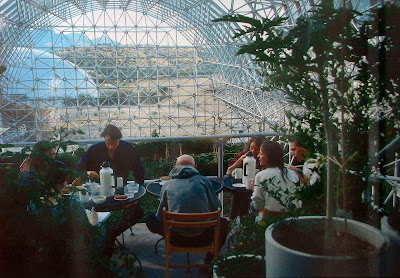 Eight researchers/guinea pigs sequestered themselves for 2 years inside the air-tight sealed facility. 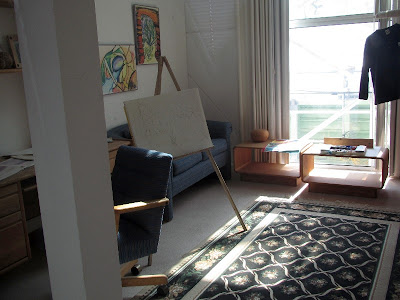 Each one had their own small two-story apartment. 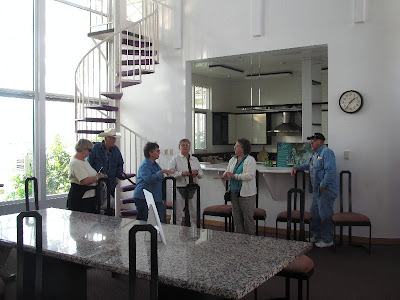 And used a group kitchen/meeting room. 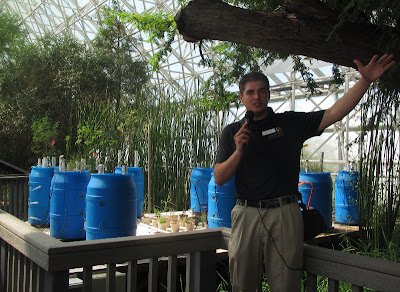 They raised all their own food. They complained of constant hunger the first year, but managed to grow more food the second year.

Zacry gave us a great tour. According to him, the project was a huge success, but if you read about it on the Internet, there were some big problems. One was dropping oxygen levels, which finally had to be artificially elevated. 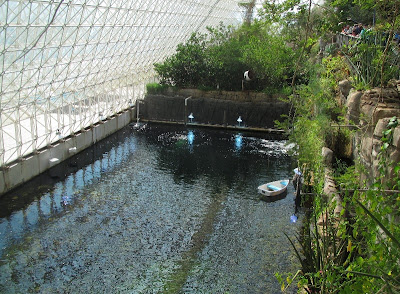 Some of the different habitats in the Biosphere include a salt water ocean, complete with coral reef - 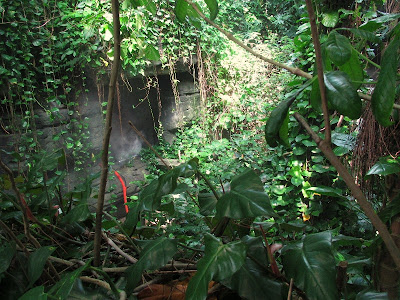 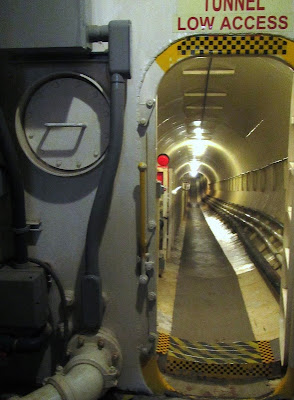 We went down a long tunnel to get to one of the 2 "lungs." 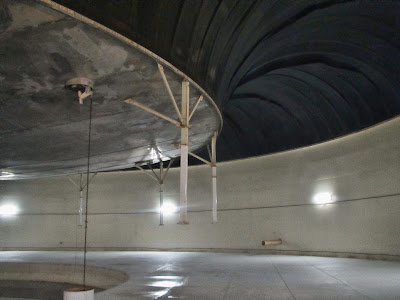 Because the facility was sealed, it needed a way to breath, or it would explode as the air pressure increased when the temperature rose each day. The 2 domed lungs expanded and contracted to adjust for the change in pressure. You can see here the feet that it rests on are off the ground. 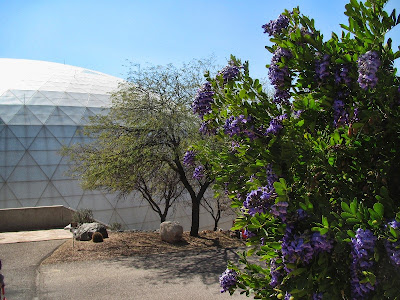 The outside of the lung with a nice Texas Mountain Laurel in the foreground.

They advertise that Biosphere 2 is one of the 50 must-see wonders of the world. While it was very interesting, I wouldn't rank it quite that high.
Posted by Diana at 4:22 PM