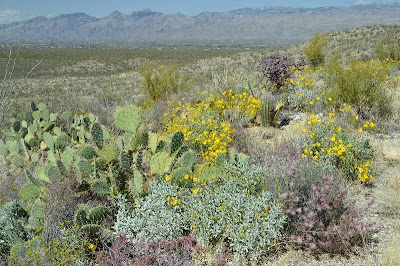 In addition to 4 casinos that have free parking, Tucson has lots of goodies to see. After settling in at Casino del Sol, the first thing on the agenda was Saguaro National Park. The wildflowers were starting to bloom, including the yellow Brittlebush and the pink Fairy Dusters. 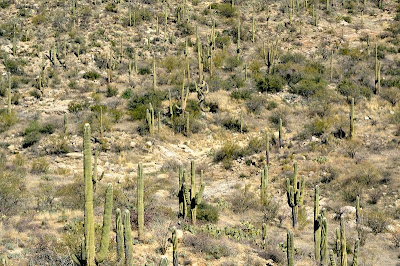 There were a lot of saguaros in the park, but I think I've seen more in other places. It seems they have had some deep freezes here that have killed alot of the cacti. 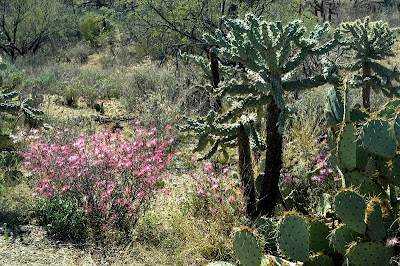 More Fairy Dusters, along with cholla and prickly pear cactus. 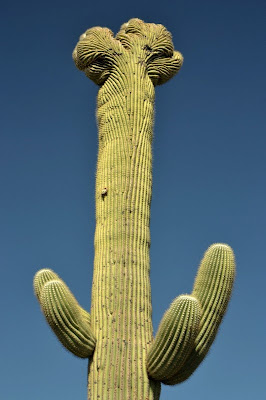 We found a crested saguaro, with a little help from the ranger. Not the best example, but it was right along the road and easy to find. 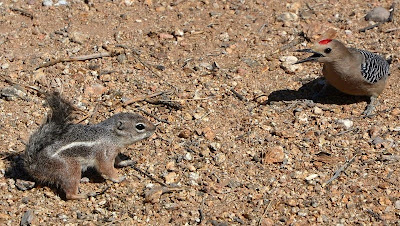 We stopped for lunch where various wildlife fought over our crumbs - here a ground squirrel and gila woodpecker. 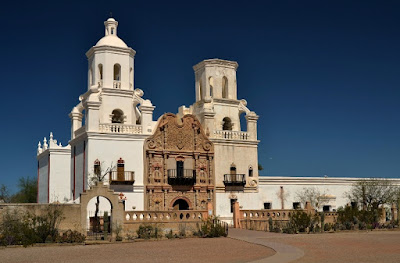 One of the most beautiful things to see around here is the Mission San Xavier del Bac - the White Dove of the Desert. Jesuit missionary, Father Kino, began building the foundation for a Catholic mission in 1700, but it was not completed then. It was finally built between 1780 and 1797.

No one knows why one dome is not finished, but one popular legend suggests that early taxation laws exempted buildings under construction, so the builders chose to leave one dome unfinished. 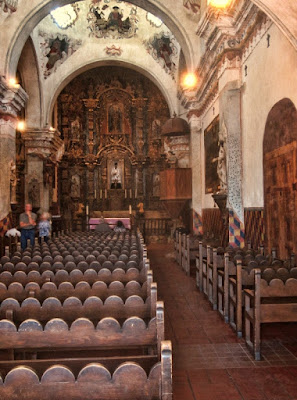 The inside is filled with marveous original statuary and mural paintings - 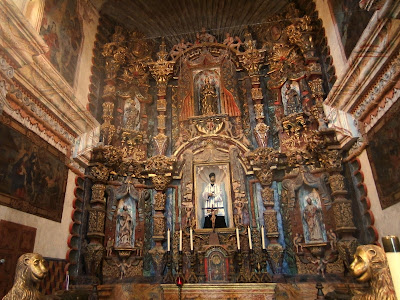 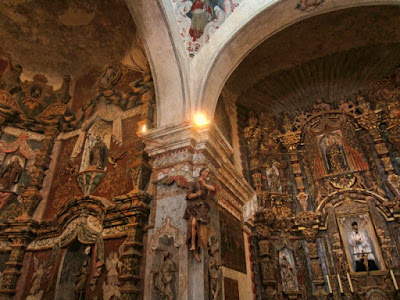 And in the alcoves on either side. 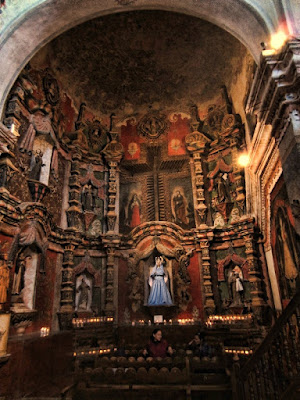 I tooke these photos with my tiny Canon 300HS. It was very dark inside, but the Canon has a setting called "Handheld Night Scene." It takes 3 shots in a burst and somehow adds them all together, reducing the shutter speed and the ISO required in such low light. I don't really understand it, but it's really cool. 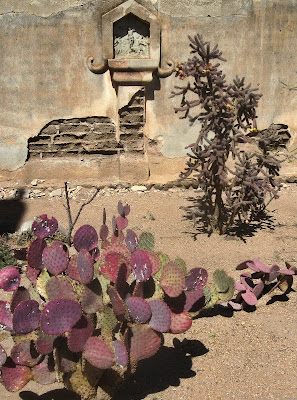 I can't go in a Catholic church without checking out the Stations of the Cross. They are frequently very unusual, especially in old missions. Here they were outside, in a beautiful cactus garden.

More on Tucson to come!
Posted by Diana at 4:30 PM