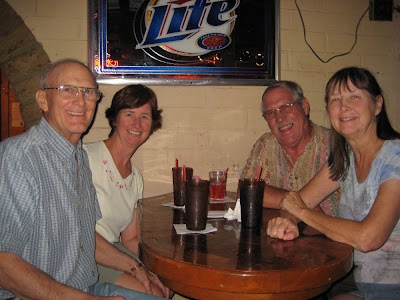 I know I've written a lot about Superstition Skies Restaurant and Bar in Apache Junction, but I just couldn't resist one more post. This place is a "testament to the romantic history of Apache Junction." My sister Barbara and "brother-in-law" Ron joined us there this Wednesday. That is the night my favorite band, Brant and Kerry, plays. 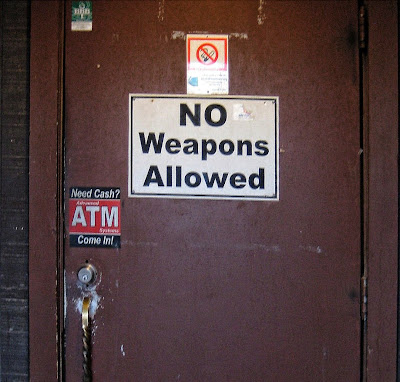 The entrance door is typical of many Arizona businesses. 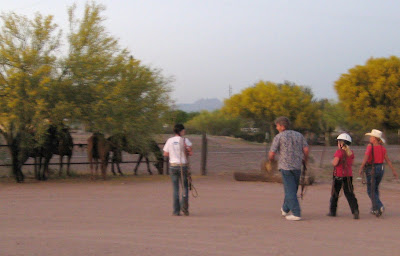 And even though this is theoretically a suburb of Phonix, it is a whole different world. People actually ride horses to the bar. (Sorry this is so blurry - I was running after them to get a shot...) 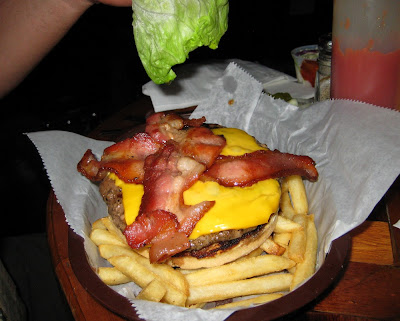 The food is yummy, and huge!

And then there's Brant and Kerry, truly an amazing duo. We're dancing the "Nightclub Two Step" here. Doesn't have anything to do with the "Cowboy Two Step." We learned it last year in Texas.

But here's the amazing thing--I learned a lot about the history of the place. Early in the 50s it was a bordello for a few years. See that booth back in the corner? More on that later.... 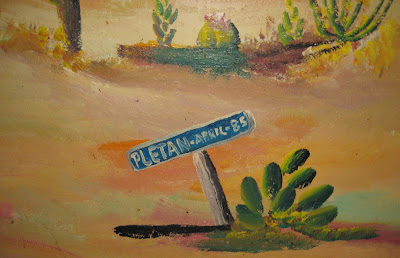 In 1985, one of the world's fasted painters, Burnette Pletan, painted all 4 walls of the back room, their dining room, in ONE DAY! He was listed in Ripley's "Believe It or Not." The murals show scenes of the Superstitions, Four Peaks and the high country during the four seasons. 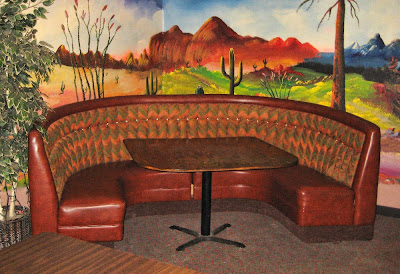 And here's the booth back in the corner. Looks kind of old, huh? Back in 1969, the movie "Charro!", starring Elvis, was filmed near here. Elvis came here for dinner every night and sat in this booth. It has remained here ever since.

"Charro!" was the only Elvis film to feature no songs of his except the main title theme. 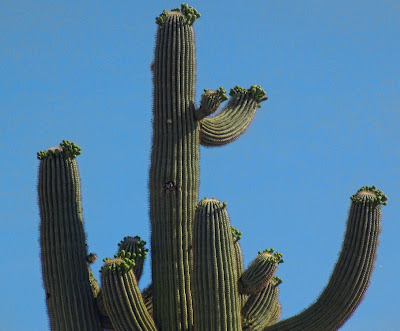 In all my years of RVing, I have never seen the saguaro cactus bloom. I am REALLY looking forward to it! I found this big guy down the street - it must have a thousand buds! I can't wait!
Posted by Diana at 10:18 PM