NASCAR by a Newbie 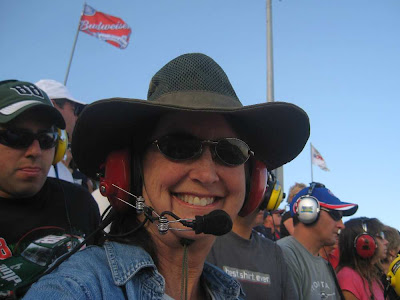 Last weekend I went to not one, but THREE NASCAR races at the Phoenix International Raceway. I know I look goofy-- I should have a hat with a car number on it-- but at least I'll be able to hear when this is over! 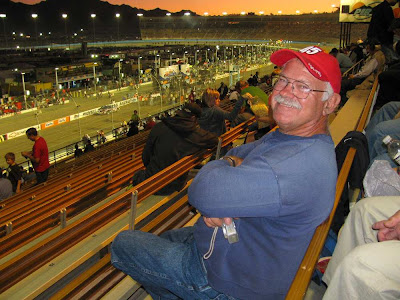 I knew Max was also going to the race, but what are the odds of his seat being right in front of ours?

Friday night was the truck race, which started out badly when there was a crash on the first lap involving Ron Hornaday, who started out in the pole position and was one of the leaders in the standings. 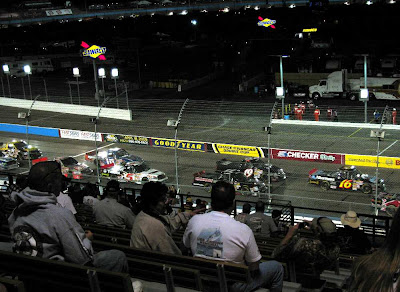 The race was eventually won by his teammate, Kevin Harvick. 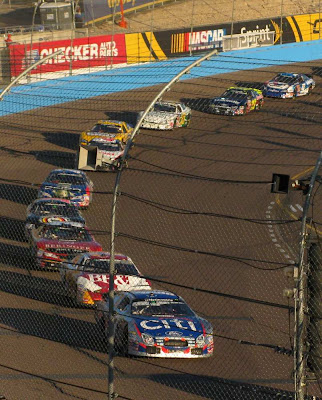 Saturday was a 200-mile car race won by Carl Edwards. I didn't like our original seats, so we moved closer to Turn 4, where there were lots of empty seats, and a lot of crashes happen. Unfortunately, I then missed Carl's famous back flip that he does when he wins, but you can see an earlier one here. 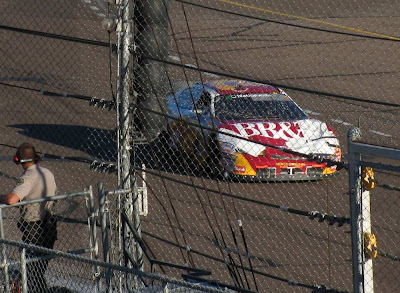 I thought Clint Boyer's car looked like it was put together with giant Band Aids! 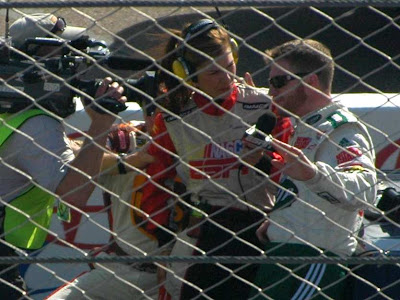 Sunday was the big race, 312 miles long, with all the famous drivers, like Dale Earnhardt Jr. 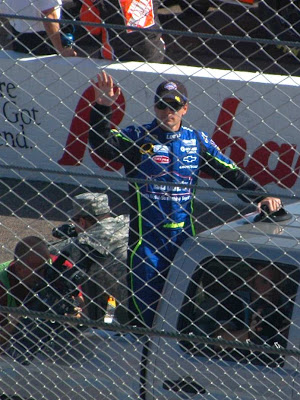 The eventual winner was Jimmy Johnson, who started in the pole position.

Once again, I didn't care for the seats because it was very difficult to see. Maybe if I knew more about what was going on.... 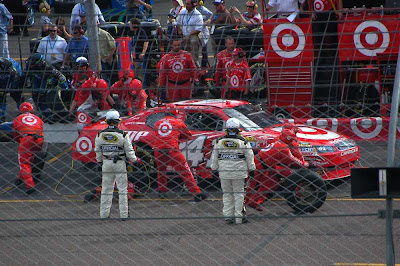 I did have a great view of the pits, though. 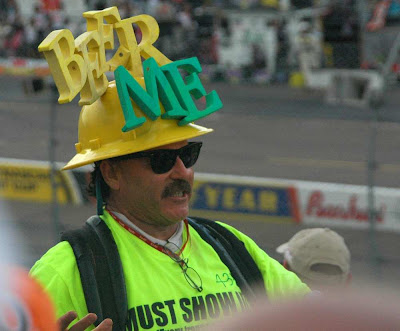 What do you think this guy was selling? 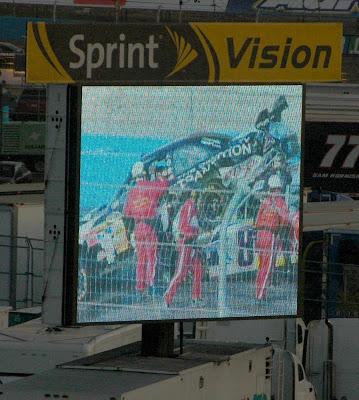 There was an interesting crash where one car ended up on top of another. Fortunately, no one was hurt. I could only see it on the TV screen. 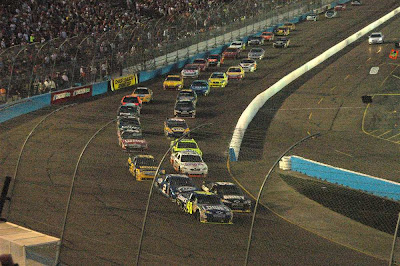 So once again we moved, since there were some empty seats, this time to the exit from Turn 1. I think I've found the perfect seat! That's Jimmy Johnson out in front.

A great view of a restart. 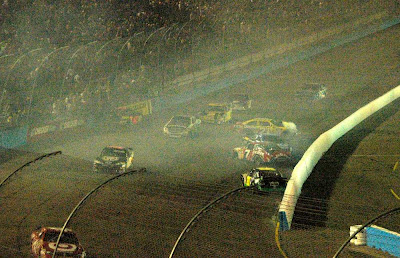 The race had an odd end, I think, with a crash after the checkered flag, right in front of us.
Posted by Diana at 4:22 PM