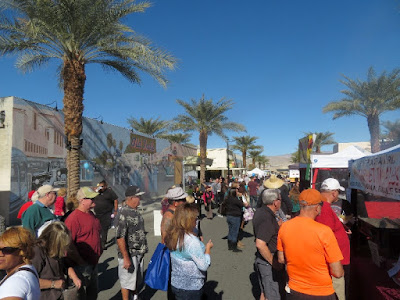 After Thanksgiving at Borrego Springs, the group moved on to Indio. While there, we went to the Tamale Festival. It was great, with lots of different flavors available. I had blueberry. 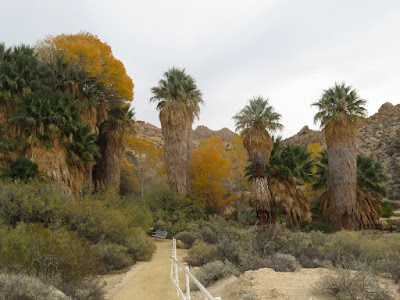 After Indio, 4 of us decided to go to see Joshua Tree National Park. On our first day, we drove through the park. Near the southern Visitor's Center, we visited this oasis. 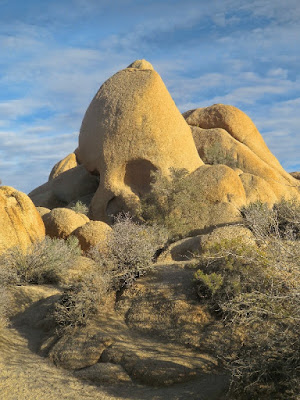 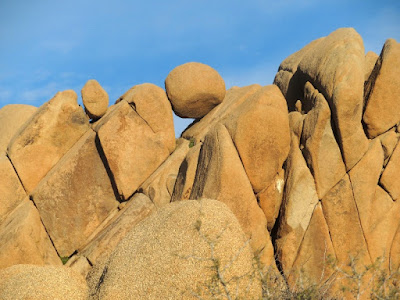 And some unusual rock formations. 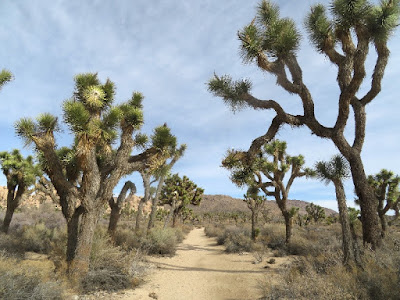 On our second day there, John, Judy and I went on a couple hikes. The first was my favorite, to Wall Street Mill. It starts out with a stroll through the Joshua Trees. 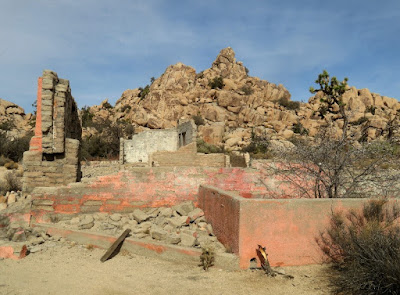 But there are side attractions to see, starting out with the ruins of this old pink building. 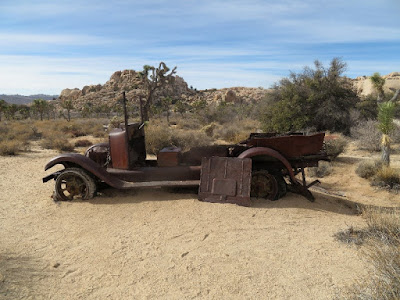 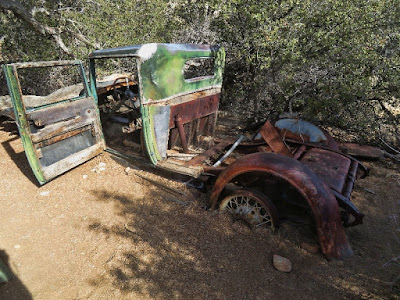 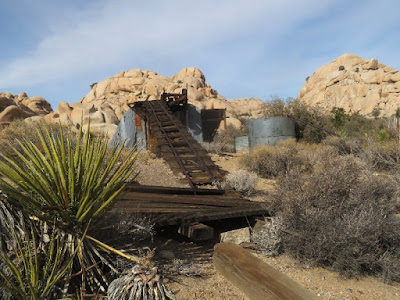 We made it to the mill! It was a gold processing mill that operated from the Depression in the 1930s until 1966. 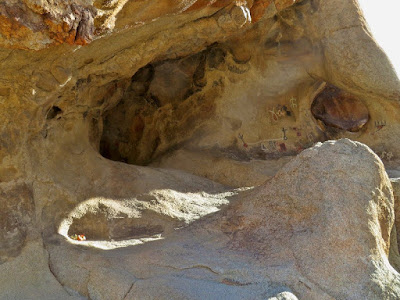 We also did the Barker Dam loop. First up were the "Disney Petroglyphs," so named because a movie company painted over them for a movie. 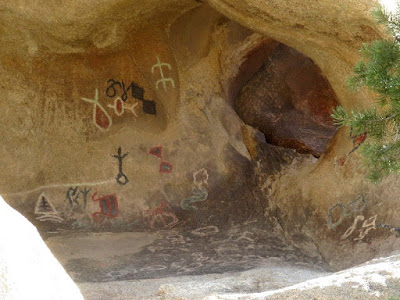 So I guess they became pictographs, instead of petroglyphs. 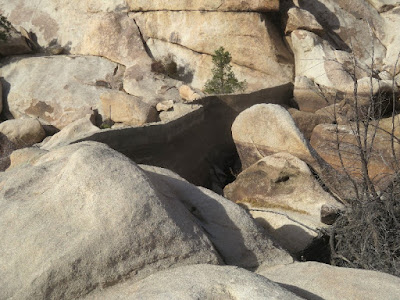 Barker Dam was built by cowboys to water their cattle. No water when we were there. 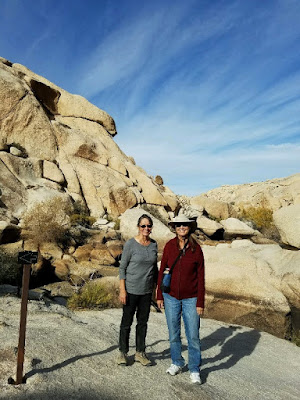 Judy and I at the dam. 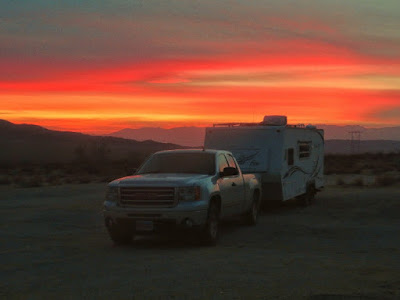