Day One in Quito 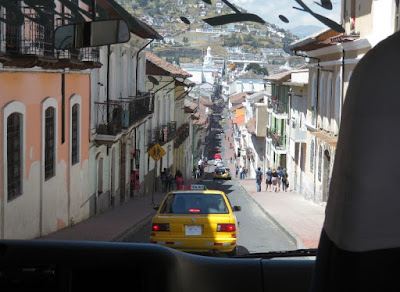 Quito is the capital of Ecuador, and rapidly growing. Although it has some freeways, a lot of the streets are pretty narrow. Our driver did a great job negotiating them. 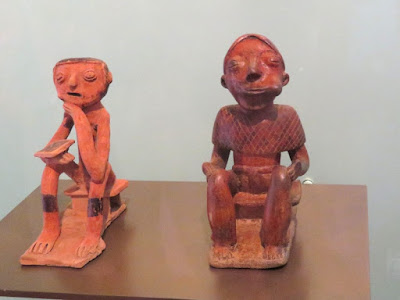 Our first stop was the Museo Casa del Alabado, a pre-Columbian art museum. This is one example, 2 guys sitting on potties with the one on the left texting his girlfriend. (Well, maybe not...) 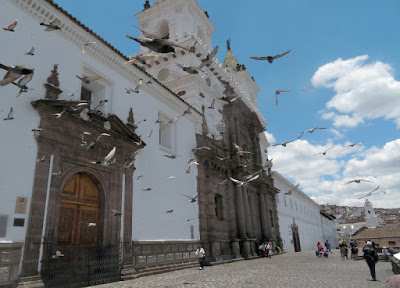 We then went to see a couple amazing churches. Look at all those pigeons! Where are they headed? 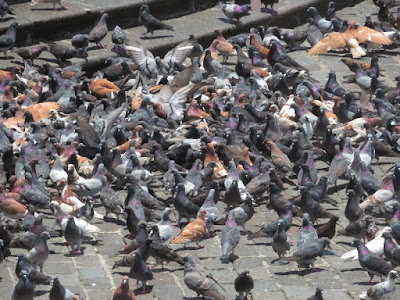 To visit with their many friends in front of the church. 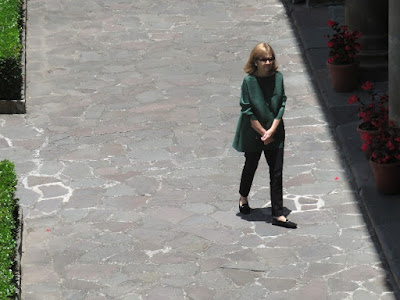 Notice how small your shadow is at the equator. 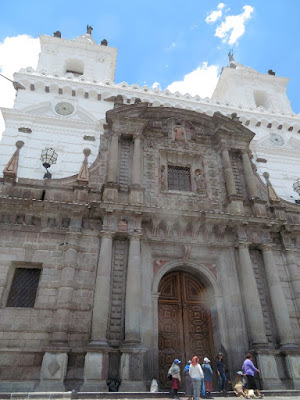 The first church was the San Francisco Church and Convent. 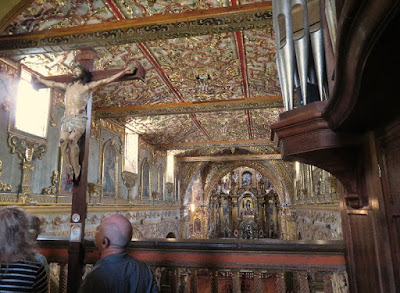 We could only see it from the balcony today, and I got one quick shot before they said "no photos." 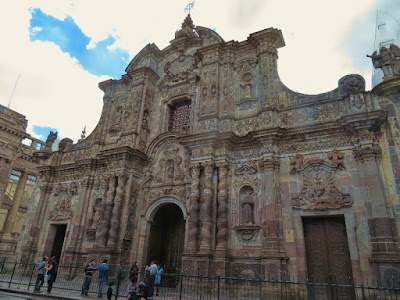 Then we went to a church I REALLY wanted to see - La Compania Church. What's so special about this one? 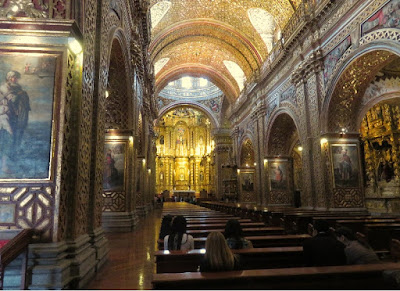 The SEVEN TONS of gold leaf inside! Again I got one quick shot before they said "no photos." 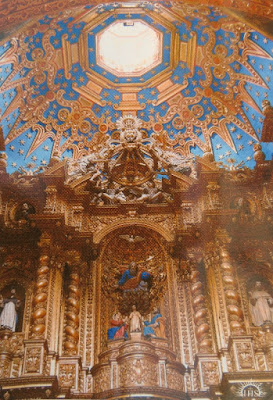 So I had to buy a postcard and take a picture of it. 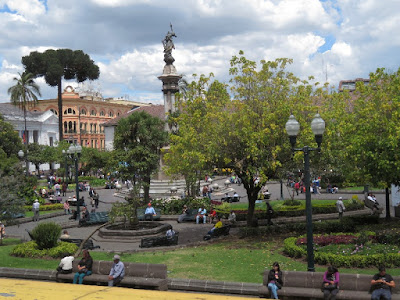 We then went to Independence Square, site of the Presidential Palace, even though the President doesn't live there. 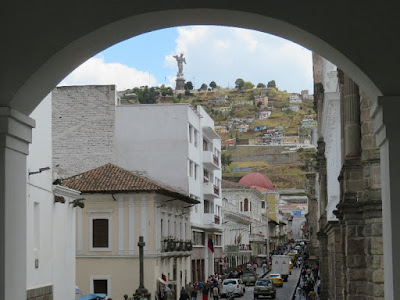 Up hill from the Square, you can see the big statue that dominates the city - 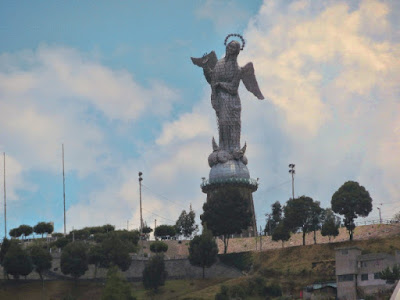 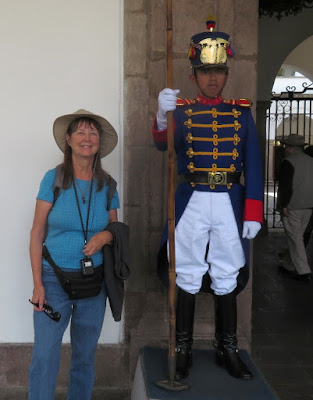 At the Presidential Palace, you can pose with the guards, unlike in London. 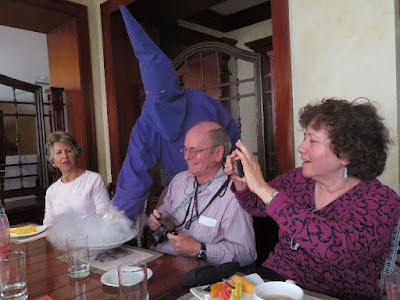 We then went to lunch, where the highlight was the ice cream for dessert, delivered by a weird guy, whose story I never did understand. 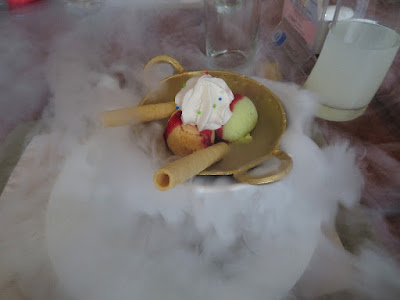 The ice cream was steaming!!! 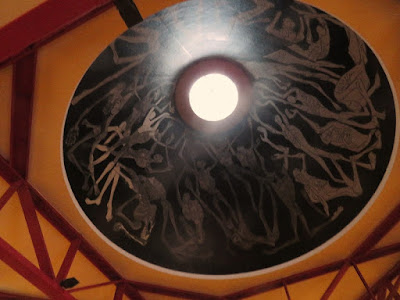 After lunch, we had one more stop at El Capilla del Hombre, a modern art museum featuring the works of Oswaldo Guayasamin.

I was exhausted, and it was only the first day!